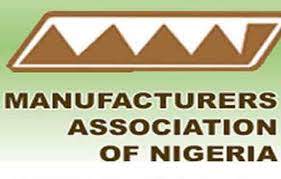 Following volatility in the country’s economy, the Manufacturers Association of Nigeria (MAN) has disclosed that inventory of unsold products has risen to an all-time high of about N402.4 billion.

This confirms the reality that the disposable income of consumers has been grossly eroded.

President of MAN, Mansur Ahmed, an engineer, disclosed this to the press in Lagos, saying that manufacturing firms were facing daunting challenges despite efforts by the present administration to stimulate economic growth.

He urged the Federal Government to further initiate policies that will strengthen the purchasing power of consumers to stimulate aggregate demand and deliberately support industries to reduce the production cost of products in the country.

He said that the analysis of the MAN survey based on sectoral group showed that inventory was high in food, beverage and tobacco group, chemical & pharmaceuticals, domestic/industrial plastic group, and basic metal, as well as iron and steel fabrication metal group.

The MAN president explained that it was time to tell government boldly that the 7.5 per cent VAT increment was having serious implication on the economy and others, noting that if it is not reviewed, there is every tendency that it would still snowball into a worse scenario with multiplier effect on the country’s fragile manufacturing sector.

Indeed, the entrepreneur explained that following the border closure announcement by government last year, local goods were now facing rejections within the sub-Saharan Africa region, saying the rejection of Nigerian manufactured products is fuelling the inventory of unsold items with se-vere challenges to revenue and profits.

In fact, he pointed out that many exporters were counting their losses as countries within the Economic Community of West African States, ECOWAS, sub-region had started rejecting Nigerian cargoes, apparently as a form of retaliation against the land border closure, a move that gradually crippling their businesses.

Ahmed noted that Nigerian export within the ECOWAS region was decreasing drastically due to the border closure, thereby affecting all facets of manufacturing.

He said: “It is definitely impacting negatively on the economy as the exports done within the ECOWAS region and our neighboring countries are now decreasing.

“These countries that benefit from the open border, since we have closed it, even though we used to export to them before, you don’t expect to get the level of cooperation that we are getting before because they are hit hard by these closed borders.”

While speaking on the COVID-19 experience, the MAN president said: “One of the positive sides of the pandemic is that Nigerians have been forced to buy locally produced goods on account of the distortion in the global economy.

“However, information emanating from local manufacturers has shown that government agencies still maintain a penchant for foreign products even when local substitutes of similar quality are readily available.

“Thirty-eight per cent of respondents agreed patronage of locally manufactured products by MDAs on account of Executive Order 003 improved in small measure, while 31 per cent disagreed and the remaining 31 per cent were not sure of the status of its implementation.”