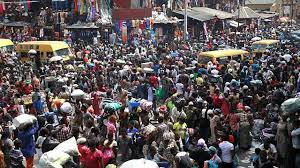 No less than 42 per cent of working individuals in Nigerians became redundant few weeks into Coronavirus induced crisis for COVID-19 pandemic  related reasons, a new report has revealed.

According to COVID-19 Impact Monitoring Survey Report for May 2020 just published by the National Bureau of Statistics (NBS), the poorest households from the lowest consumption quintile reported the highest share of 45 per cent of the cases, but the rate was also high for the wealthiest households, at 39 per cent.

According to the report, workers in all sectors were affected by the pandemic, but primarily those working in commerce, services and agriculture, representing 14 per cent of all respondents were working in the commerce sector before the outbreak but have since stopped working due to COVID-19.

“This is equivalent to 60 per cent of all those working in the sector prior to the pandemic. In all sectors, respondents that stopped working reported that COVID19 related economic impacts were the primary cause.

“Income from all sources were affected by the pandemic and reported to have decreased since mid-March,” the report reads.

However, the rate was highest for income from non-farm family business which reads 85 per cent, compared to household farming, livestock or fishing with 73 per cent and wage employment of 58 per cent case, according to the NBS.

In addition, 26 per cent of households reported not being able to access medical treatment when they needed it during the same period.

The NBS reported also revealed that experience of economic shocks in the few months after the outbreak of coronavirus far exceeds shocks experienced between 2017 and 2019.

The most widely reported shock experienced by households was an increase in prices of major food items faced by 85 per cent of households since the outbreak compared to only 19 per cent between January 2017 and January 2019.

Many households have struggled to cope with these widespread shocks with 51 per cent of all households resorting to reducing food consumption.

In addition to these ordeals, the pandemic has also affected children’s education. Among households with children attending school prior their nationwide closure in March, only 62 per cent reported that their children had engaged in any learning/educational activities since the closure.