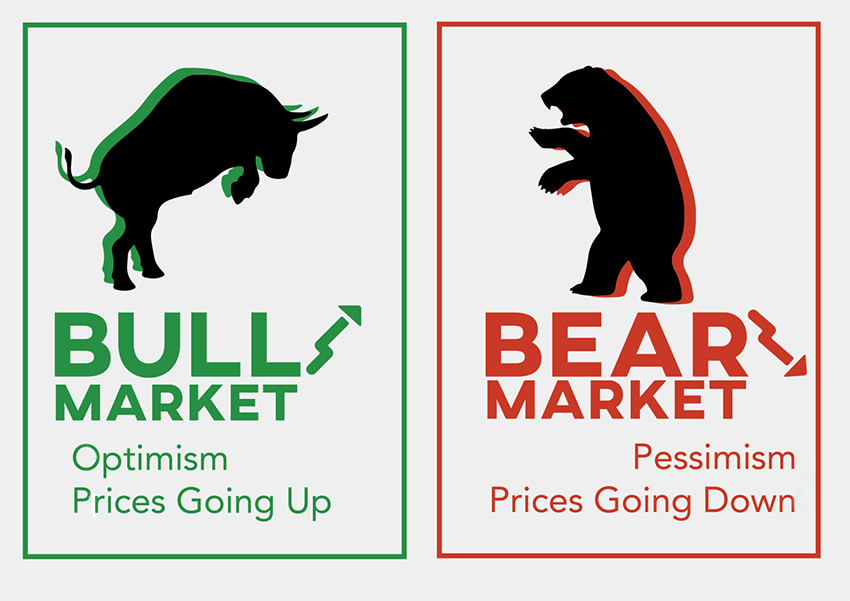 The tussle between the bears and the bulls at the Nigerian stock market on Tuesday ended in favour of the bears despite frantic efforts by MTN Nigeria and the Nigerian Breweries Plc as the main gainer of the day.

The equities market sustained downtrend on with another N44 billion loss in market value as investors continued to book profit leading to sell pressure.

Banking stocks bore the brunt by witnessing more the sell-offs. Consequently, All-Share Index (ASI) closed 0.33 per cent lower at the end of the session at 25,497.32 basis points, losing 84.91 points.

The Month-to-Date (MtD) gain moderated to 0.7 per cent while Year-to-Date (YtD) loss increased to -5.0 per cent

Similarly, on the back of the N44 billion loss recorded by investors , the valuation of the equity investments in the market sunk further to close lower at N13.302 trillion.

However, turnover was flat with total volume traded declined by 1.2 per cent while value inched up by 2.2 per cent even as the market breadth was negative as 19 decliners emerged 10 gainers and 15 other stocks that ended the session flat.

On the contrary, GUARANTY led the decliners as its price slipped by N1.60 to close at N24.30 per share. Guinness and ZENITHBANK followed by losing N0.40 each to close at N14 and N16.90 per share respectively.

Union Bank of Nigeria joined the list with N0.20 loss to close at N4.90 and N1.03 per share respectively.

In terms of traded volume for the session, CUSTODIAN top the list, followed by FBNH that pushed 28.243 million shares worth N141.539 while ZENITHBANK occupied the third place on the list.

Investors ended the session by trading a total of 251.964 million shares valued at N2.044 billion in 4,185 compared to 254.974 million share units worth N2 billion that exchanged hands in 4,699 transactions in the previous session.

Cautious Trading Continues, Ahead Of Markdown Dates For Interim Dividends