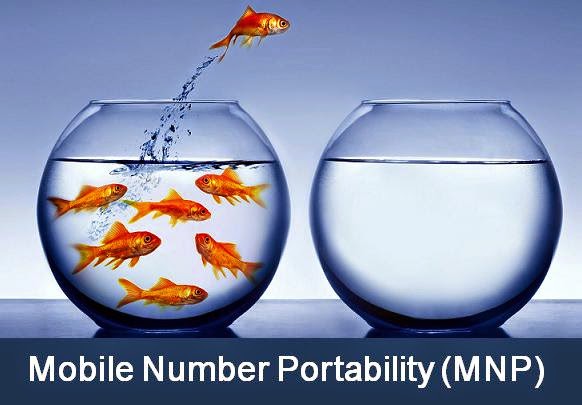 Lockdown imposed by the federal government to curtailed further spread of Coronavirus has limited options of network choice through mobile number portability of many Nigerian telecommunication subscribers.

This is revealed in the latest industry data harvested by business A.M from the industry regulator, the Nigerian Communications Commission (NCC), which indicated 55 per cent in MNP in April.

Mobile number porting is an arrangement in the Nigerian telecommunication industry that permit subscribers to switch to a preferred network of mobile network operators including MTN, Glo, Airtel and 9Mobile, while retaining their original telephone line issued by another service provider.

Until now, the figure of subscribers moving from one network to the other in search of better quality service had been on the increase, supported by unrestricted movement of Nigerians before the full lockdown imposed on major cities of the country in April due to the Coronavirus pandemic.

All the telecom operators’ stores, where porting could be requested, were completely shut during the month, especially in Abuja, Lagos and Ogun States.

According to the April industry statistics released by the Nigerian Communications Commission (NCC), 9mobile, which is the fourth operator by subscriber number, benefitted the most from subscribers porting in April as 3,829 subscribers moved to the network from other operators.

Airtel emerged the second largest beneficiary of the movement as 2,246 subscribers ported to its network.

MTN, which controls the largest share of the market, recorded 985 incoming portings during the month, while Globacom attracted 88 customers from other networks.

In terms of outgoing porting, Airtel lost more than it gained as 3,115 customers ported out of the network.

Globacom also lost 1,587 subscribers to other networks, while MTN recorded 946 outgoing porting, and 9mobile recorded the least outgoing subscribers as 449 ported out of its network in the period under review.

The monthly figure of porting activities, which reached a peak of 22,539 in July 2015, had been on a steady decline for about three years as mobile users showed less interest in porting.

Telecoms operators in the country had attributed that to improvement in service quality. According to them, the subscribers were showing less interest in porting because they were satisfied with their service providers, alongside multi-simming lifestyle of many subscribers.

However, with the increase in porting activities from last year, industry analysts said the telecoms operators might have faltered in meeting their service quality key performance indicators (KPIs), thus forcing the subscribers to port in search of better alternatives.

Corroborating this, NCC also recently attributed the huge number of inward porting to poor service quality recorded on most networks, as well as the reliability and speed of data service offered by most networks in the month under review.

Henry Nkemadu, the former Director, Public Affairs at NCC, who recently attributed the development to poor service quality, however, said most subscribers equally ported to other networks because they wanted to enjoy cheaper call and data rates on various promos offered by network operators.

Nkemadu, however, said the NCC had given subscribers the opportunity to port from one network to another if they were not satisfied with the quality of service offered by their network operators.

MNP was flagged off by NCC in April 2013 as a way of giving telecommunications subscribers in the country the freedom to move from one network to another for better experience without changing their numbers.

How interests in Airtel, Nestle prop equities for weekly gain