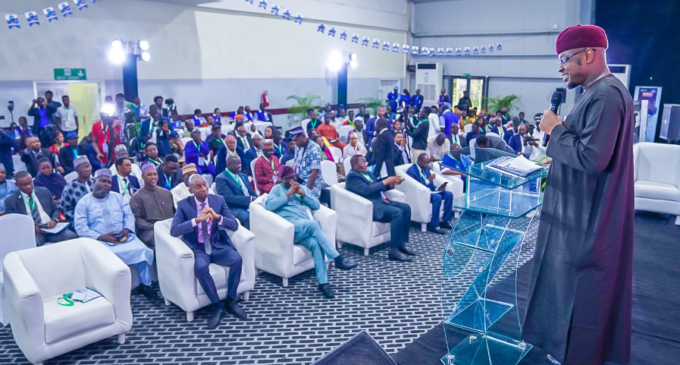 The Minister of Communications and Digital Economy, Isa Pantami has called for wider stakeholder engagement to discuss the proposed 5 per cent excise duty on the telecommunications sector.

According to him, the proposal didn’t go through wide consultation adding that even as the supervising minister of the sector, he was never consulted.

The Minister spoke at the maiden edition of the Nigerian Telecommunications indigenous Content Expo (NTICE) on Monday, with the theme: Stimulating Development of Indigenous Content through Innovation and Commercialisation.

Pantami categorically rejected the proposed tax as he argued that the telecoms sector should not be overburdened as it already contributes immensely to the country’s gross domestic product, thus charging authorities to look in the direction of other sectors.

Recall that last week, the federal government disclosed at a stakeholders’ meeting in Abuja, organised by the Nigerian Communications Commission (NCC) its plan to implement the five per cent excise duty on telecoms services which it had previously intimated Nigerians about.

The five per cent excise duty is an additional fee that the telecom subscriber pays, which is different from the cost of voice calls.

Pantami in rejecting the proposed implementation said, “As a minister, we’re exercising the power of the President, I’m a stakeholder in the industry and I was not consulted. ”

“I think there’s something questionable here. Beyond making our position known, we’ll go behind the scene and go against any policy that will destroy the digital economy.”

“I have not been contacted officially. If we are, we surely will state our case. The sector that contributes to the economy should be encouraged,” Pantami said.

He continued: “You introduce excise duty to discourage luxury goods like alcohol. Broadband is a necessity.”

“We’re on the same page with the national assembly stakeholders who have also not been consulted and they’re part of the committees.”

He noted that the sector has to significantly reduce importation, as he encouraged the NCC and the National Office for the Promotion of Indigenous Content Sector (NODITS) to enforce the policy.

“By 2025 we’ll be able to increase our indigenous content and reduce importation by about 20 per cent,” he said.

Related Topics:5% Excise DutyPantami
Up Next