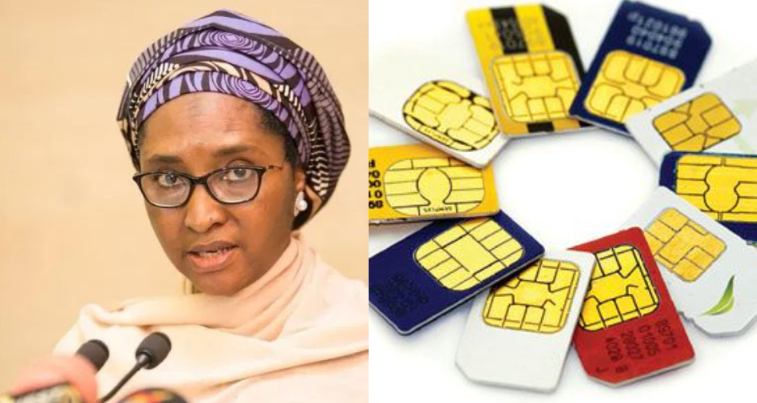 Should the Nigerian government succeed with the imposition of the proposed 5% excise duty on calls, data and SMS, telecom subscribers in the country are in for a fresh tax burden estimated at over N160 billion.

The conservative amount is based on the aggregate amount of N3.21 trillion spent by Nigerians on the services through GSM, Fixed Wired, and Internet Service Providers in 2021.

Expectations are that going forward, telecom subscribers in the country would spend more than the N3.21 trillion reported by the Nigerian Communications Commission (NCC) for 2021, and thus pay more in taxes should the excise duty be imposed.

Recently, the Federal Government disclosed a plan to implement a 5 per cent excise duty on telecom services in the nation.

This was revealed by the Minister of Finance Budget and National Planning, Zainab Ahmed, during a stakeholders’ forum on the implementation of excise duty on telecommunications services in Nigeria.

Ahmed, who spoke through the Assistant Chief Officer of the Ministry, Mr Frank Oshanipin, said the implementation of the excise duty was in a bid to increase the government’s revenue.

She said, “The duty rate was not captured in the Act because it is the responsibility of the President to fix rate on excise duties and he has fixed five per cent for telecommunication services which include GSM.

“It is public knowledge that our revenue cannot run our financial obligations, so we are to shift our attention to non-oil revenue. The responsibility of generating revenue to run government lies with us all.”

According to the Chairman, Association of Licensed Telecom Owners of Nigeria, Gbenga Adebayo, telecom consumers will bear the burden of the additional 5 per cent tax.

At the forum, the finance minister disclosed that the tax would be implemented soon but doubts have since risen concerning whether the excise duty will be implemented at all.

The Minister of Communications and Digital Economy, Isa Pantami, on Monday, disclosed that he was against the tax and would everything to stop its implementation.

According to him, the telecoms industry was already doing a lot regarding  revenue generation in the nation and attempts to stretch it any further might negatively impact it.

Speaking at the maiden edition of the Nigerian Telecommunications Indigenous Content Expo organised by the Nigeria Office for Developing the indigenous Telecom Sector, he stated, “The ministry of communications and digital economy is not satisfied with any effort to introduce excise duty on telecommunication services.”

He added, “Beyond making our position known, we will go behind the scenes and go against any policy that will destroy the digital economy sector. We will go to any extent to legitimately and legally defend its interest.”

The tax is likely to be passed on to telecommunications consumers who will bear the burden.

“The Minister for Communications and Digital Economy faulted the plan saying it didn’t follow due process. There are laid-down rules before implementing that 5 per cent excise duty. Another reason why I don’t see it being implemented is because of the current macroeconomic factors in the country. Prices have not been stable, if they implement it, it will lead to an upsurge in crimes.”

The President of the National Association of Telecoms Subscribers, Adeolu Ogunbanjo, who was at the forum where the implementation of the excise duty was discussed, had told our correspondent that the government had planned to implement the tax in 2020 but stopped because of the COVID-19 pandemic.