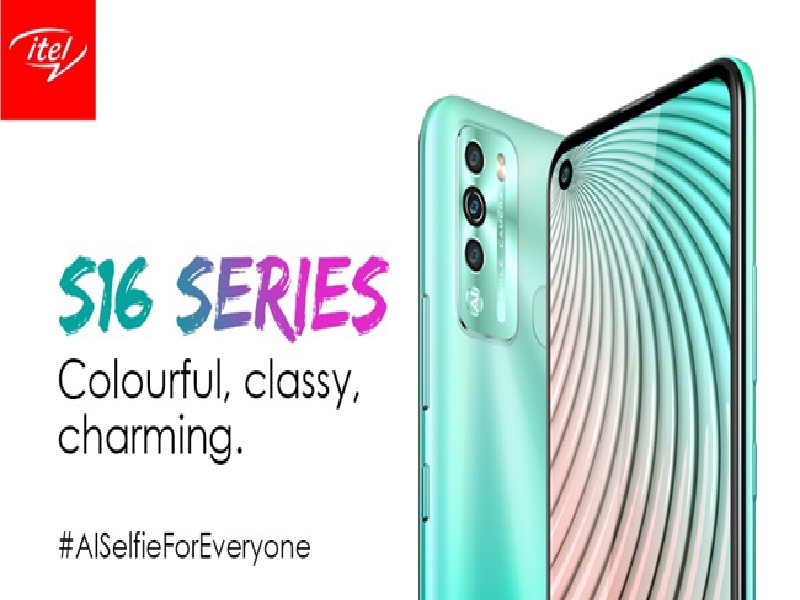 Speaking at the launch, Oke Umhurhohwo, Itel’s marketing manager, reiterated the company’s commitment to providing classy yet budget-friendly devices to its customers in Africa.

“For the past 12 years, the itel brand has positioned itself as a brand of the people. Our goal has always been to provide smart, reliable and budget-friendly mobile technology solutions,” he noted.

He further noted that itel has listened to the yearning of its customer base and it is introducing a revamped brand with the tag line “Enjoy Better Life.”

In the camera department, the itel retail manager explained that the S16 series has been designed to make it more convenient to take better photos.

Also, with the release of the S16 series comes additional features like AI selfie 2.0, AI face beauty 3.0 and AI portrait HDR mode to make sure that pictures taken with the S16 phones stand out.

In the power department, a 4000 mAh battery was recruited by itel to keep the lights on. Additionally, the phones come pre-installed with an AI Power Master to help monitor and enhance the battery life of the devices.

itel also announced the launch of other electronics products, stating that internal research has shown that customers are yearning for other products from the Transsion-owned brand.