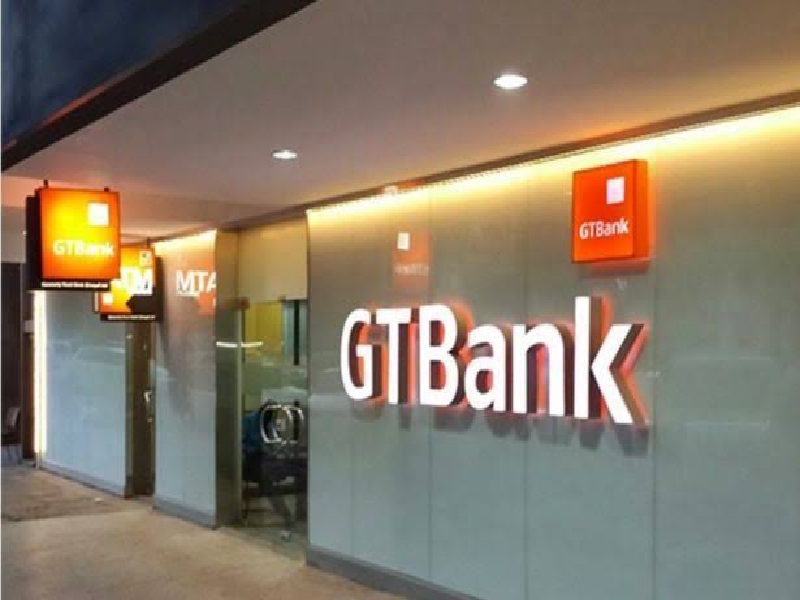 The removal of GTB‘s Long-Term IDRs, Viability Rating (VR) and National Ratings from RWN reflects Fitch’s view of receding near-term risks to the bank’s credit fundamentals from the economic fallout arising from the oil price crash and coronavirus pandemic.

In our opinion, the impact of the economic downturn on GTB‘s credit profile is tolerable at the current rating and it will take several quarters before the full extent of the crisis on corporates and households is seen in its financial metrics.

Nevertheless, debt relief measures are temporary and with the eventual easing of fiscal and monetary support from the Central Bank of Nigeria (CBN), there remains a material risk that bank asset quality could deteriorate more quickly, unless economic recovery gathers pace.

The Stable Outlook on GTB’s Long-Term IDR reflects our view that the bank’s rating has sufficient headroom at this level to absorb moderate shocks from sustained downside risks to the operating environment, the heightened level of risk in doing banking business and resulting risks to its financial performance over the next 12-18 months.

GTB’s IDRs are driven by its intrinsic creditworthiness, as defined by its ‘b’ VR. GTB’s VR considers the bank’s exposure to Nigeria’s volatile operating environment, but also continued solid profitability and strong capital buffers, which provide adequate capacity to absorb credit losses from the downturn. Asset-quality erosion has been limited to date, while our assessment also considers the bank’s significant non-loan assets, dominated by cash items and Nigeria’s government debt. Nigeria’s sovereign rating is ‘B’ with a Stable Outlook.

Net loans were only 36% of total assets, with GTB holding substantial other assets in the form of restricted deposits (mainly cash reserve requirements held at the CBN) and liquid government securities and cash and balances. GTB’s impaired (Stage 3 under IFRS 9) to gross loan ratio rose slightly to 6.8% at end-1H20 (2019: 6.5%), mainly due to stress on oil sector and retail borrowers. Total loan loss allowances to impaired loans ratio was moderate at 64% in view of collateral coverage and recovery expectations. Stage 2 loans contributed a further 16%, which are highly concentrated by borrower. The bank is actively restructuring and resolving the largest of these loans, reducing the risk of migration into Stage 3.

GTB is not immune to the downturn in the Nigerian economy and its impaired loan ratio will rise moderately into 2021 as its customers are affected by the fallout of the pandemic as well as hard currency shortages, currency devaluation and rising inflation. At end-1H20, the bank had restructured around 5% of its loan book due to debt relief measures, which is lower than peers, reflecting a prime corporate book.

Similar to peers, credit concentration is a key risk to asset quality. Loans to the oil and gas sector are above average at 39% of gross loans and 0.96x Fitch Core Capital (FCC). According to GTB, a large proportion of its upstream oil sector exposures are hedged, which mitigates risk to some extent. However, a longer period of low oil prices and production will inevitably lead to more stress in this book, in our view.

GTB is highly profitable and has a track record of outperforming peers through the cycle. The operating profit/risk weighted assets (RWA) ratio was a healthy 7.8% at end-1H20. GTB’s revenue generating capacity and operating efficiency are relative strengths. However, like peers, GTB will face growing earnings pressure in the next few quarters from slower activity, recent rate cuts (although this will also be offset by lower funding costs) and regulatory limits on fees. High trading and revaluation gains will to some extent offset these pressures. Loan impairment charges, which consumed only 3% of pre-impairment operating profit in 1H20, are likely to rise further given the uncertain macro-economic outlook.

GTB’s solid capitalisation is a rating strength, with metrics consistently the highest among the peer group and with good buffers over regulatory minimums (total capital ratio of 25.9% at end-1H20). The bank’s FCC ratio, albeit still strong, fell to 24.6% in 1H20 (2019: 26.3%) due to RWA inflation following the naira devaluation. GTB’s strong internal capital generation will ensure capitalisation remains healthy.

GTB’s funding mix continues to benefit from a large base of low-cost current and savings accounts, which formed 87% of total deposits at end-1H20. We expect funding costs to continue to fall as the bank continues to use its innovative digital outreach to gather more deposits and gain market share. Naira liquidity is ample supported by large cash placements and predominantly government securities. Foreign currency liquidity is adequate despite tight market conditions.

GTB’s National Ratings reflect its creditworthiness relative to other issuers in Nigeria and are driven by its standalone strength. GTB is rated higher than most Nigerian banking peers at ‘AA(nga)’ due to its franchise strength, performance track record and solid capitalisation.

Factors that could, individually or collectively, lead to positive rating action/upgrade:

Upside to the ratings is unlikely at present but could come from a material improvement in operating conditions and a sovereign upgrade.

Negative rating action on the sovereign or if our assessment of the operating environment is revised downward. The latter could be driven by persistent post-lockdown disruption, weak oil price and extended global economic turmoil, giving rise to a more severe economic and financial market fallout than currently expected.

GTB’s impaired loans ratio increases significantly to above 10%, resulting in considerable bottom-line losses and erosion of capital buffers, with the FCC ratio remaining below 15% for a sustained period.

A severe tightening in the bank’s foreign currency liquidity.