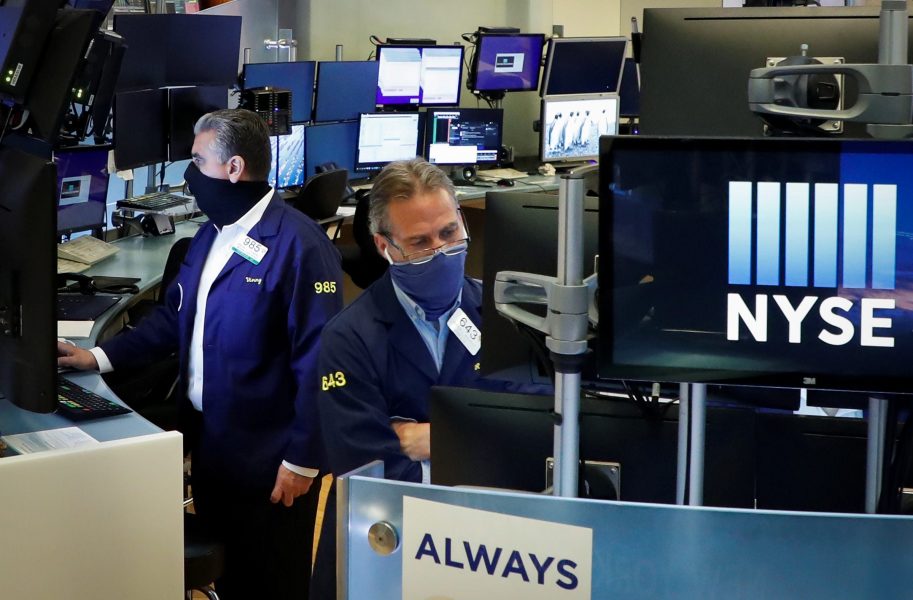 Stock markets rose on Monday on hopes that President Donald Trump could be discharged from hospital later in the day, easing some of the political uncertainty that shook global bourses in the previous session.

Trump, 74, was flown to hospital for treatment for the coronavirus on Friday, but his doctors say he has responded well and could return to the White House on Monday.

“Equities and other risk-on traders should be well supported by easing concerns about Trump’s health,” said Junichi Ishikawa, senior currency strategist at IG Securities in Tokyo.

“For the dollar, the impact is not quite as clear cut. It should fall against most currencies due to an increase in risk appetite, but the yen is also weak, and that’s the one currency the dollar can rise against.”

The dollar edged higher against the yen but fell slightly against the Swiss franc as traders jockeyed for position ahead of what could be a volatile day in global markets.

Doctors treating Trump say they are pleased with his progress. Relief about his health could fuel a rally in equities and other risky assets as investors prepare for the run-up to next month’s U.S. presidential election.

Investors around the world were stunned late Thursday after Trump announced that he and the first lady had tested positive for coronavirus.

With less than a month until the presidential election on Nov. 3, Trump’s contraction of the coronavirus is another source of market volatility that makes the outcome of the vote even more difficult to predict.

Democrat Joe Biden opened his widest lead in a month in the U.S. presidential race, according to a Reuters/Ipsos poll released on Sunday.

The White House initially sent mixed messages about Trump’s health, helping fuel political uncertainty and putting the investor focus tightly on any news about his condition.

Some traders were particularly concerned by doctors’ admission that Trump had been given supplementary oxygen and steroids, which are normally used to treat severe cases of COVID-19.

The Australian dollar rose 0.23% to $0.7181 after the Australian government, which hands down a federal budget on Tuesday, announced additional wage subsidies to help the labour market.

Yields on benchmark 10-year Treasuries rose to 0.7104% and the yield curve steepened slightly in a sign that the majority of investors felt comfortable taking on more risk.

Gold, another asset often bought during times of uncertainty, was little changed at $1,898.90

Risk off as Trump tests positive for Covid-19