How you can Implement a Secure Over the internet Data Management 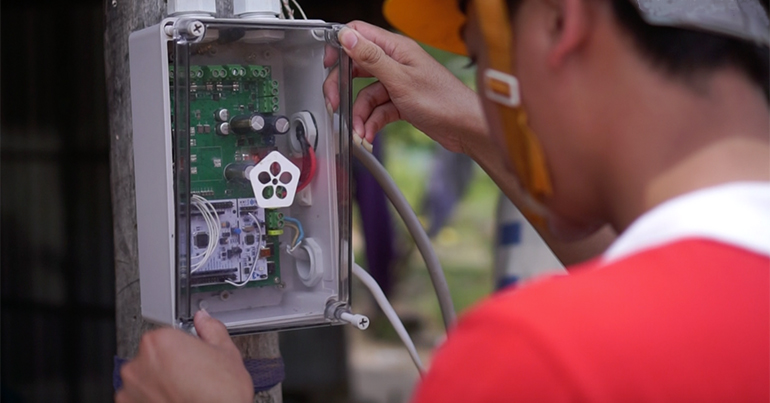 Australian renewables startup Okra Solar has raised $3 million to scale up distribution of its solar-based hardware and software solutions.

The Australian firm is also opening its Series A round, with the aim of raising a further $6 million and expanding into other countries.

Okra Solar hopes to service them and the approximately 770 million people living off-grid around the world.

The current round of funding will allow Okra Solar to expand commercial operations and product development in Nigeria and Haiti.

Okra Solar has partnered with SAO Capital to distribute the product to 290,000 households in Nigeria, or roughly 1 million people, in the next three years.

According to Hannan, Okra Solar’s technology makes electrifying off-grid and often out-of-reach households much easier as there are no cables, no centralised mini grid to connect to, and it doesn’t require trained technicians.

“The vast majority of the 770 million people who don’t have electricity are located in sparsely populated communities. There are often no roads to get there, and households are far apart from each other or in small clusters of 10, 20 or 50 households. What that means is that traditional solutions like grid extensions cost a lot of money. They need poles and cables to get electricity there.

“We’re looking for startups that are impact generators, as well as financial generators. If you think about the inequities that are existing in the world, this is the biggest unaddressed market. If you can tackle the unaddressed market, that, from a business economic perspective, is big,” she said.

“You can see the scale up opportunity, and there’s no trade off on returns. That’s the other myth, that to achieve impact goals and achieve impact, you need to sacrifice financial returns and Okra Solar is proving again and again what a fallacy that is.”

In a world rife with inequities, the lack of access to electricity has a disproportionate impact on women and children. Hannan speaks of a personal experience he had during Okra Solar’s pilot program in Cambodia.

“When we went to our first off-grid village, we met Supiri, who invited us into her home. We basically walked inside a house filled with smoke, because all they have is firewood they use for cooking,” Hannan said.

To her, “there was a baby tied to Supiri in the meantime, and the house was filled with smoke. Supiri told us she is spending anywhere between 10 and 20 hours a week collecting firewood to cook. This is the day-to-day life of people without electricity.”

Multiplied by 770 million, that would mean greater equity for women and children across the board and a better chance to materially improve their lives.

“We are not only democratising energy access and providing electricity to the ‘last-mile’ but we are also creating positive health outcomes and educational outcomes that will subsequently create sustainable economic growth in these countries,” said Hannan.

Related Topics:Australian Okra Solar
Up Next