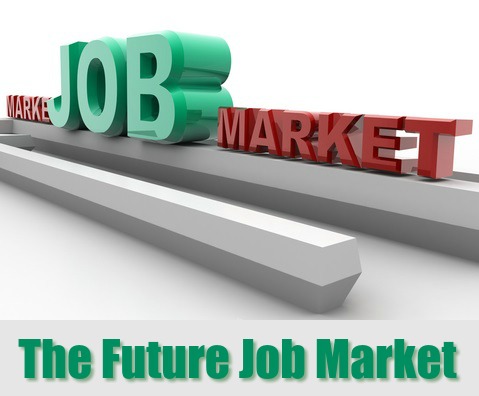 The National Bureau of Statistics has gathered in its COVID-19 Impact Monitoring that even after reactivation of the economy from restrictions and lockdowns caused by Coronavirus pandemic, employment in Nigeria remains oscillating.

Although, it noted in the report which is now in its fourth round, that the share of people who are working has continued to creep back up to pre-crisis levels.

“This trend demonstrates that the government’s loosening of the restrictions has enabled Nigerians to return to work,” the report said.

It revealed that the share of respondents working has steadily recovered since June for both rural and urban areas, though the recovery has been larger in rural than urban areas.

It noted however that while the share of respondents who are working slightly exceeds pre-pandemic levels in rural areas, it continues to lag in urban areas where 77 per cent of respondents were working last week compared to 85 per cent prior to the pandemic.

This larger increase in rural levels can be attributed to the seasonality of agriculture, a sector which has experienced the largest recovery in the share of respondents returning to work, the NBS said. 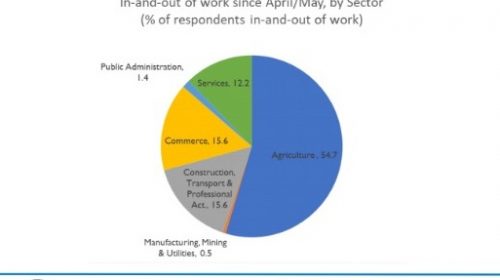 Meanwhile, it emphasized that even though the overall share of respondents who are working is back to pre-pandemic levels, there continues to be some evidence of people moving in and out of work.

“Only 34 per cent of respondents have been working continuously since April/May, while 60 per cent have experienced periods without work and 6 per cent have not worked at all since the start of the pandemic. 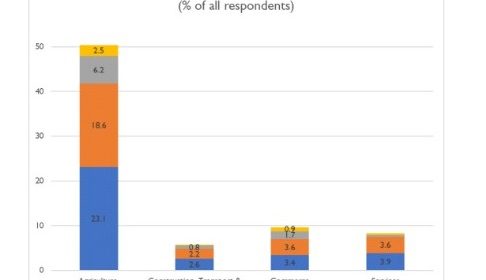 Return to work by sector

The NBS noted that while the recovery has been different across economic sectors, the service sector had almost fully recovered by June, while commerce has had a slower recovery.

“Agriculture shows the highest increase of people returning to work in July and August, mostly due to the agricultural season with the beginning of the harvesting season.

“Despite the fact that many non-farm family businesses have reopened since the start of the crisis, some of these businesses closed again between July and August,” the report read.

By August, the survey found that about 35 per cent of households who operated a non-farm business since the beginning of 2020 have remained in operation since April/May, down from 40 per cent during July.

“As of August 2020, almost 26 per cent of households have businesses that are currently closed, and this number is up from 23 per cent in July,” according to the report.

The Nigeria COVID-19 National Longitudinal Phone Survey (COVID-19 NLPS) 2020 Fourth Round was implemented by the National Bureau of Statistics (NBS) in August 2020.

The survey is part of a World Bank global effort to support countries in their data collection efforts to monitor the impacts of COVID-19.