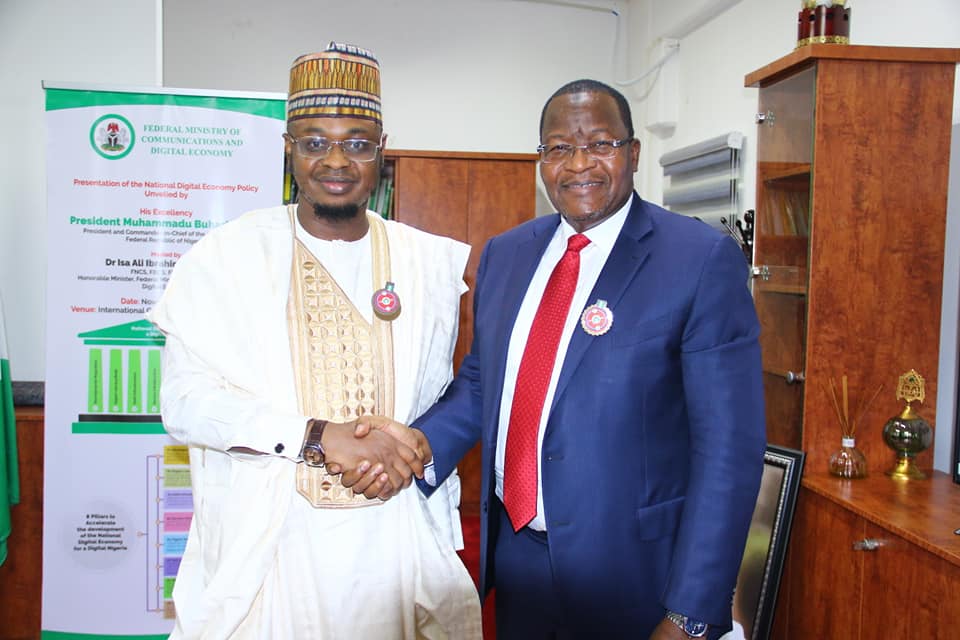 Minister of Communications and Digital Economy, Isa Pantami, has commissioned more projects executed by the Nigerian Communications Commission (NCC) and the Universal Service Provision Fund (USPF) towards advancing the digital economy vision of the government.

Speaking at the 7th phase of the virtual commissioning of digital economy projects for a digital Nigeria by agencies under the ministry on Tuesday, at the NCC’s Communications & Digital Economy Complex, Abuja, Pantami said the NCC’s ECC project is critical to enhancing the security of lives and property of Nigerians.

He also said that the DAP by USPF is an initiative designed to expose students to Information and Communication Technology (ICT) awareness and usage.

“The DAP is a programme by which the NCC, through the USPF, contributes to the digital economy by ensuring inclusive growth of human capacity development as well as economic development of the Nigerian population.”

Accordingly, Pantami said the SKC is very crucial to the digital economy agenda of the Federal Government.

He said: “This is because FG understands that demand for jobs in the nearest future, as predicted by the World Economic Forum (WEF), would change completely.

“As such, job demands would be more on soft skills such as critical thinking, collaborative thinking, agility and adaptability among others, all of which can be aided by ICT.”

While stating that the NAVSA project by NITDA is also in line with the Federal Government’s economic agenda to diversify the economy by driving agriculture with ICT, the Minister said the projects, altogether, were a demonstration of accountability and transparency on the part of government for ultimate promotion of a digital economy in Nigeria.

The special guest of honour and Minister of State for Health, Senator Adeleke Mamora, as well as the Governor of Ekiti State and Chairman, Nigerian Governors Forum (NGF), Kayode Fayemi, commended the ministry and its agencies for the ICT projects and expressed optimism that the projects would help in human capital development through driving innovations in the ICT sector.

Fayemi, who doubled as the chairman of the occasion, expressed satisfaction at the various ICT initiatives implemented in his state. With respect to the ECC project, he said the “the ECC will help in strengthening the security architecture of the state and we will put it to utmost use”

Mamora said the various ICT initiatives introduced in the wake the COVID-19 pandemic have been very helpful to the Federal Executive Council (FEC).

Related Topics:Digital economy ProjectsNCCNDEPSNITDAPantamiUSPF
Up Next