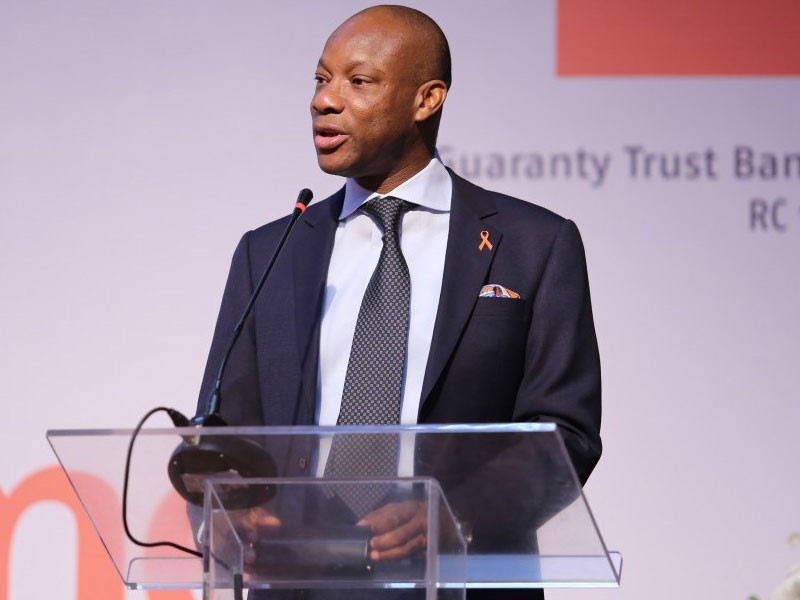 Despite being in the green territory, Guaranty Trust Bank, now Guaranty Trust Holding Company Plc, has experienced reduced momentum in its financial performance as at the end of first half year of 2021.

The lender reported a profit before tax of N93.1 billion for the six months ended June 30, according to the Group Chief Executive Officer of Guaranty Trust Holding, Mr Segun Agbaje.

Disclosing the company’s audited financial results for the period ended June 30, on Friday, in Lagos, Agbaje noted that the group’s PBT represented a decrease of N16.6 billion or 15.2 per cent, when compared to the N109.7 billion recorded in the same period in 2020.

Also, profits in the period under review dipped to N79.41 billion from N94.27 billion achieved in the same period of 2020.

Agbaje said, “The results reflect our commitment to building on our track record of solid financial performance, and our capability to constantly innovate will ensure we stay ahead of the curve at all times.

“We are counting on the enduring support of our loyal customers and the hard work of our dedicated staff to continually make end-to-end financial services easily accessible to everyone and to create the best outcomes for all our customers and the communities in which we operate.

“Looking forward, we are focused on bringing to bear the full benefits of our new corporate structure by consolidating our leading position in all the economies where our franchise operates.

“We will also diversify our earnings from core banking, continue to empower businesses across Africa and beyond, and generate long-term returns for our shareholders,” he said.

Gross Earnings dropped to N207.91 billion for the year under review against N225.13 billion recorded in the comparative period of 2020.

Agbaje also revealed that the structure and earning capacity of the Group’s balance sheet remained resilient, with total assets closing at N5.01 trillion, primarily driven by a 4 per cent increase in deposit liabilities to N3.75 trillion on June 30 from N3.61 trillion recorded in Dec. 2020.

Agbaje attributed the dip in profits to the present realities of the operating environment, though the Full Impact Capital Adequacy Ratio (CAR) remained very strong, closing at 24.0 per cent.

Meanwhile, the Board of Directors has proposed an interim dividend of 30k per ordinary share of 50k each.

Related Topics:FeaturedGTBankSegun Agbaje
Up Next