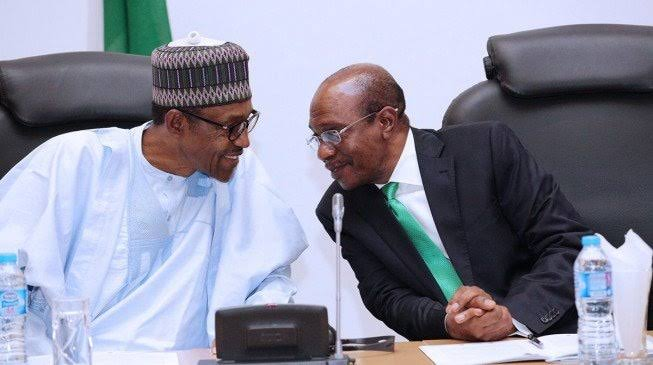 In a bid to bolster local production, importers of food items and fertilisers in Nigeria have been disqualified from accessing forex in the vault of the Central Bank of Nigeria (CBN).

In a stern manner, President Muhammadu Buhari on Thursday directed the CBN not to provide forex for the importation of food items or fertilizer going forward.

Speaking on Thursday at a meeting of the National Food Security Council at the State House in Abuja, the president urged private businesses bent on food importation to source their foreign exchange independently.

“Use your money to compete with our farmers, instead of using foreign reserves to bring in compromised food items to divest the efforts of our farmers.

“We have a lot of able-bodied young people willing to work and agriculture is the answer. We have a lot to do to support our farmers,” a statement by Garba Shehu, a presidential spokesman, quoted Buhari to have said.

The president further justified the ban of food and fertilizer importers from CBN forex by noting that from only three operating in the country, Nigeria can now boast of 33 fertilizer blending plants now working.

“We will not pay a kobo of our foreign reserves to import fertilizer. We will empower local producers, the president has said.

The president also directed that blenders of fertilizer should deliver products directly to state governments so as to skip the cartel of transporters undermining the efforts to successfully deliver the products to users at reasonable costs.

Policies by the CBN and Muhammadu Buhari-led administration have been targeted at reducing importation and ramping up local production capacity.

It will be noted however that the latest directive marked a second time the president has make such a statement, the first being in August 2019.

$325,000 GSMA grants up for startups with assistive tech solutions