Thursday’s trading on the Nigerian Stock Exchange was very mixed and volatile, with equity prices swinging into losses on the strength of banks’ Q3 numbers falling below expectation, thereby halting the previous day’s gains and recovery.

This, expectedly, has triggered another round of profit-taking, despite the positive economic news of an expansion in the nation’s industrial output as revealed by the Purchasing Managers index of 50.2points, up from the 49.6 points in October.

The lower-than-expected earnings reports from the banks have been factored in, deflating the improved momentum and buying interests observed at the midweek. Following these mixed and flat performances from Guaranty Trust Bank, Sterling Bank, Union Bank, and Access Bank, investors should expect a dividend cut or equalization, at the end of the year.

Players should look elsewhere for the ‘next big gains” following decades of banking sector dominance. Since the 2005/2006 banking recapitalization exercise, the sector has led the market in performance and dividend payout over the years.

However, the better-than-expected Q3 numbers seen in other sectors should guide investors and traders on where to pitch their tent, looking at the Industrial Goods, Healthcare, Agribusiness, oil marketing companies, and others. The continued inflow of funds into the equity space and outcome of next week’s Monetary Policy Committee meeting will determine the next direction of the market as the low traded volume reveals cautious trading ahead of the Central Bank of Nigeria (CBN) monetary policy meeting.

Meanwhile, Thursday’s trading started on the upside and pullback in the mid-morning to midday before oscillating for the rest of the day as a result of profit-taking and repositioning that pushed the NSE’s index to an intraday low of 34,633.36 basis points, from its highs of 34,869.53bps. Thereafter, the session closed lower than it opened at 34,643.65bps on a negative breadth.

Market technicals for the day were negative and weak as volume traded was lower than the previous day’s in the midst of breadth that favoured the bears on a high negative sentiment, as revealed by Investdata’s Sentiment Report showing 96% ‘sell’ volume and 4% buy position. Total transaction volume index stood at 0.72 points, just as the impetus behind the day’s performance was strong and flat as Money Flow Index reading 82.53 from the previous day position of 83.19 points. This is an indication that funds left some stocks as profit booking resurfaced in the market. 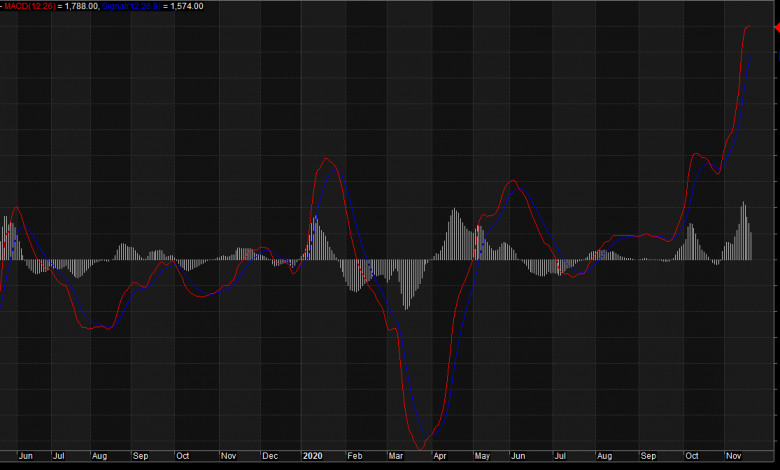 The sectorial performance indexes were mixed, as the NSE Insurance and Industrial Goods closed 1.52% and 0.33% higher respectively, while the NSE Banking led the decliners, losing 2.66%, followed by the NSE Consumer Goods which closed 1.38% lower, while Oil/Gas index was flat.

Market breadth turned negative as decliners outnumbered advancers in the ratio of 28:19, while activity in volume and value terms were down by 44.8% and 57.8% respectively, as players exchanged 364.92m share shares worth N3.5bn, compared to the previous day’s 661.13m units valued at N8.3bn. The day’s volume was driven by trades in Transcorp, FCMB, Access Bank, UBA and Fidelity Bank.

We expect a mixed market, as players react to banks’ earnings which came below expectation in the midst of positive news of the November PMI to 50.2 points from 49.6 points in October after six months of contraction according to CBN reports. All eyes are on next week’s MPC meeting outcome, just as technical indicators reveal overbought on a weekly and daily chart, while RSI read 70 points and above, a situation that support correction. However, the strong and faster recovery may continue, depending on market forces going forward. This will depend on the quality of Q3 score-cards presented, especially by the tier-1 banks, even as analyses of numbers released so far have helped repositioning of investors’ portfolios on the strength of sector and company’s performances.

The NSE’s index action and indicators are in divergent direction on a low traded volume and mixed sentiments.

Again, the current oscillating state of the market offers investors opportunities to position for the short, medium and long-term, which is why investors should target fundamentally sound, and dividend-paying stocks for possible capital appreciation in the rest of the year.