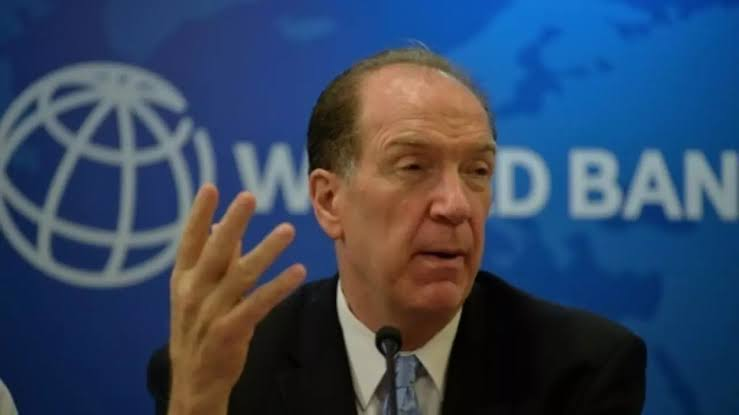 The World Bank has announced plans for a $12 billion coronavirus financing initiative that will help poor and developing countries purchase enough Covid-19 vaccine doses to treat up to 2 billion people as soon as they become available in the coming months.

David Malpass, the World Bank president, disclosed this on Tuesday, adding that he was seeking board approval for the funds, in an attempt to ensure that low-income countries were not frozen out by wealthier nations.

According to Reuters, Malpass in an exclusive interview disclosed that this financing initiative, which is part of $160 billion in coronavirus aid financing pledged by the multilateral lender, is aimed at helping poorer countries procure and distribute vaccines early to health care and other essential workers and expand global production. He said the board was expected to consider the plan in early October.

He said that the initiative was needed because Covid-19 was having a much bigger impact on low and middle-income countries than in developed countries. The equitable global access to tests, treatments and vaccines are key to protecting the people and ensuring an inclusive and resilient recovery from Covid-19.

This financing plan is part of several initiatives from some countries and institutions. The United States government has pledged over $3 billion to secure hundreds of millions of doses of vaccines under development by UK’s AstraZeneca AZN.L and by U.S. drug giant Pfizer PFE.N and Germany’s BioNTech SE 22UAy.F.

Malpass said that the World Bank plan aimed to put poor and middle-income countries, where the virus is spreading most rapidly, on the same footing as richer countries by ensuring that they have financing to secure supplies and a system for distribution, which will encourage drugmakers to meet their demand.

Without early doses that can bring outbreaks under control, many of these countries risk economic collapse that will push hundreds of millions of people back into poverty.

The World Bank boss said, “Our goal is to alter the course of the pandemic for the low and middle-income developing countries. This is a market signal to the manufacturers that there will be financing available for the developing countries and there will be demand. We will begin by asking the manufacturers to begin creating allocations for these countries.”

Malpass said the World Bank also was asking wealthy countries that had over-reserved more doses than they would ultimately need, to release those doses to poorer countries.

Many countries such as the United States, United Kingdom, Russia, and China are working on developing vaccines for the treatment of Covid-19, but Malpass said the Bretton Woods institution would wait for the vaccine to become available before acting