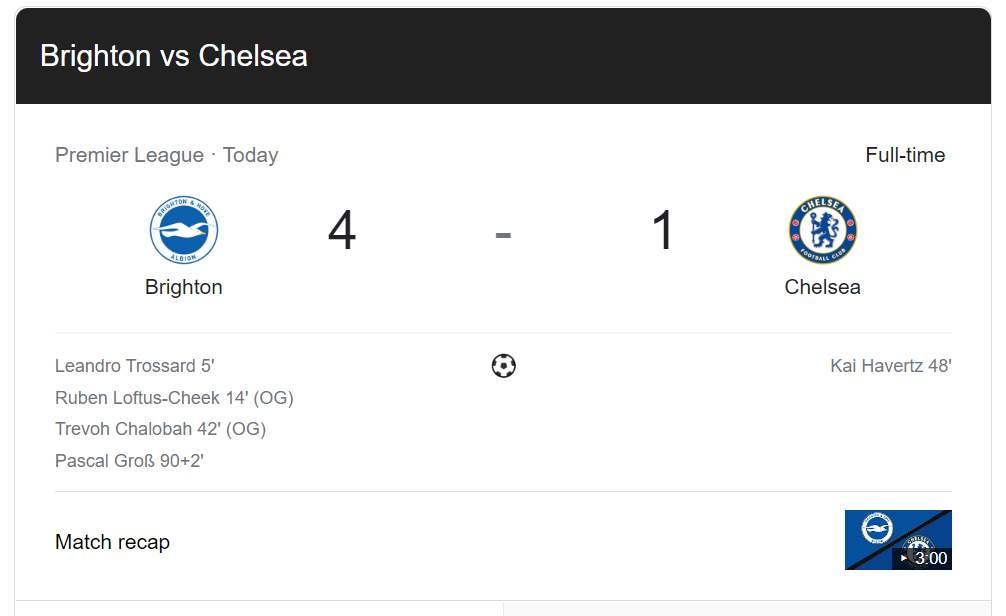 Chelsea, a giant club that had never lost to Brighton, was beaten in a league meeting for the first time in the club’s history.

In an explosive opening, Leandro Trossard’s calm finish put the home side in front after Thiago Silva – who had produced two goal-line clearances to deny the Seagulls.

Kai Havertz 47th minutes headed goal from Conor Gallagher’s assist give the visitors faint hope of come back, but a second-half Chelsea recovery failed to materialise.

Pascal Gross completed a miserable afternoon for blues with a close-range finish after Edouard Mendy – who replaced the injured Kepa at half-time can only parried Julio Enciso’s shot into the German’s way.

Potter will take some comfort from his side’s improvement in the second half, the damage was done before half-time.

The win move Brighton up to seventh, while Chelsea stays fifth and handed Graham Potter his first Chelsea loss in as many matches since he took over the team.