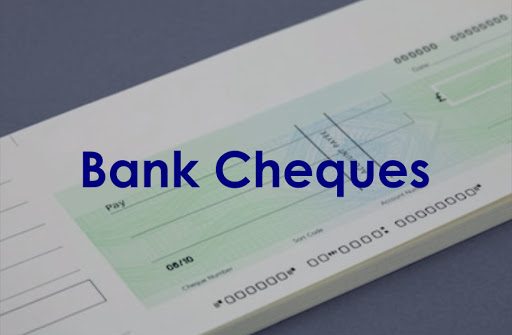 The figure is N2.92 billion more than the value of cheques(N2.43 billion) cleared by DMBs in the previous month.

Similarly, further analysis of the NIBSS’ numbers shows that at N246.62 billion, the value of cheques cleared by lenders in May this year is N68.50 billion above the value (N178.12 billion) cleared by the DMBs in the corresponding period of last year.

Further analysis of the data, in fact, reveals that with the exception of the month of April, the value of cheque transactions maintained an upward trajectory in the first three months of this year.

For instance, from N248.21 billion in January, the value of cheque transactions rose to N277.45 billion and N317.18 billion in February and March respectively.

Indeed, apart from when it declined sharply to N103 billion in April 2020 as a result of the COVID-19-induced shutdown of the economy, the value of cheque transactions maintained an upward trend to hit N283.55 billion in September last year.

However, an in-depth analysis of data obtained from NIBSS shows that the value of cheque transactions has steadily dropped in the last five years.

Thus, the increase in value of the transactions for May (N246.62 billion) would appear to have been just a blip.

Analysts point out that the decline in cheque usage is not peculiar to Nigeria, but a global phenomenon, which is being driven by the widespread adoption of electronic payment channels. For instance, in South Africa, which has the continent’s biggest lenders, major banks, such as Nedbank, FNB and Absa, last year, announced plans to discontinue the use of cheque payments beginning from January this year.

The Payments Association of South Africa (PASA), which said that it anticipates that even more banks will take a similar action, noted that the decline in cheque usage is being exacerbated by the coronavirus outbreak.

It said: “Following the COVID-19 pandemic, the physical contact required to issue, collect and process cheques makes it a less desirable method of payment for consumers and businesses alike. Since the start of the pandemic in South Africa, there has been a massive decline in cheque usage.”

For Nigeria, analysts trace the decline of cheques to 2014 when the Central Bank of Nigeria (CBN), in line with its cashless policy, released a fresh policy on cheque transactions.

The policy placed a ban on payment of value above N10 million through cheques and directed that such payment should be made through electronic payment channels.

Commenting on the sharp decline in cheque usage triggered by the cashless policy, the NIBSS predicted in a report in 2016 that “we might witness the end of the cheque book by the year 2050.”

The company stated that “globally, as the market share of cheques decline in the wake of increased adoption of contactless and real-time payments, a duopoly may likely develop in the non-cash market with cards and credit transfer (instant payments) dominating across most geographies.

“For instance, in the Asian- Pacific (APAC), China, South Korea and Australia recorded a 20 per cent drop in cheque usage although India recorded a 10.1 per cent increase in usage due majorly to her government’s demonetisation policy.

A top official of a Tier 2 bank, who spoke on condition of anonymity, told New Telegraph that although cheque usage is declining in the country, the industry is not expecting cheques to become extinct anytime soon.

The official said: “Although e-payments are growing rapidly, many corporate bodies in this country still prefer to use cheques because they believe that this gives them some sort of protection from cybercriminals.”

CBN DATA: Credit to private sector hits N32.2trn in May