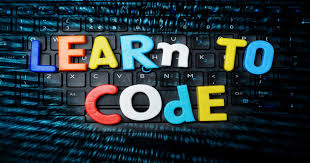 The African Development Bank (AfDB) has signed a grant agreement with the Ministry of ICT and Innovation in Rwanda to support the Rwanda Coding Academy,.

The academy is set up to develop top technology talent to drive a booming, innovation-driven digital economy in the East African nation, the multilateral development bank said in a press release at the weekend.

According to the statement, “the grant funding of $150,000, from the Rockefeller Trust Fund, which the bank administers, will be directed to the implementation of activities, including acquisition of computers and furniture equipment for an ultra-modern innovation center of excellence, internet connectivity, teacher training and organization of job career orientation events.

“The Rwanda Coding Academy was set up as a proof-of-concept model school for developing ICT and other 21st century skills for high school level students who want to pursue a career in coding and computer science.

“The academy selects high performing students and trains them in advanced software programing and cyber security skills to facilitate their emergence as world-class programmers.”

The academy’s learning approach aims to strengthen the school-to-work transition by focusing on competency-based learning and providing technical skills as well as soft skills, such as agile learning, critical thinking and self-leadership.

Rwandan Minister for ICT and Innovation, Paula Ingabire, said her government welcomed the partnership with the African Development Bank