Access Bank gets CBN’s nod to become a HoldCo 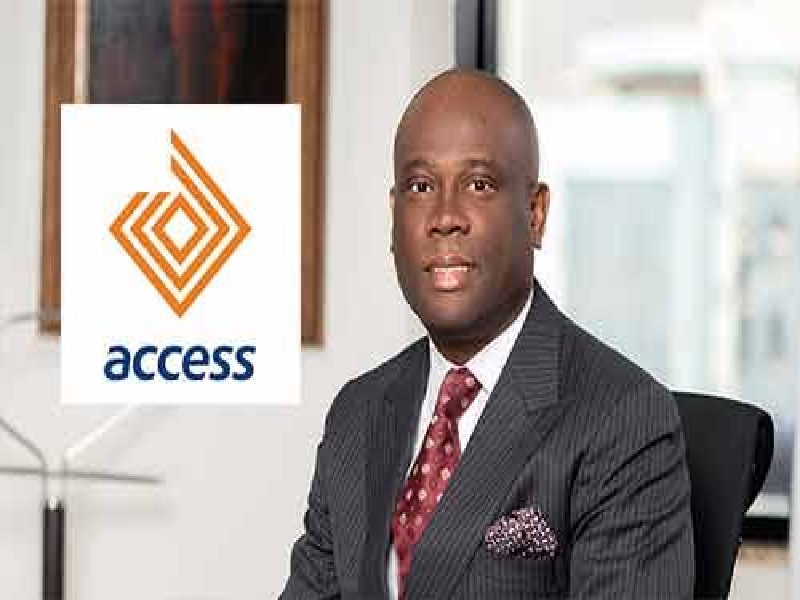 Access Bank Plc on Tuesday announced that it has received the Central Bank of Nigeria’s approval-in-principle for the bank’s restructuring to a holding company (“HoldCo”).

The proposed HoldCo structure would enable the bank to further accelerate its objectives around business diversification, improved operational efficiencies, talent retention as well as robust governance.

The bank said in a disclosure notice to the Nigerian Stock Exchange that further details regarding the HoldCo structure will be communicated to the market in due course.

A holding company is a corporation that owns a controlling interest in one or more banks but does not itself offer banking services. Holding Companies do not run the day-to-day operations of the banks they own.

However, they exercise control over management and company policies.

The bank said the move follows the recent transaction with Cavmont Bank in Zambia and further embeds its presence in the SADC region, one of Africa’s most important trading blocs.

“These transactions will result in a more connected African banking network that builds on Access Bank’s existing foundation and enhances its value proposition to stakeholders, including customers and employees,” the bank said.

“Shareholders will benefit from the economies of scale of a larger banking network, including the associated cost efficiencies arising from the Bank’s federated IT system and the replication of investments in innovative products across a wider range of markets.

“A broader and connected Africa network remains a core strategic focus for geographic earnings growth and diversification, which will further enhance profitability and risk metrics. Through these transactions, Access Bank will be well placed to promote regional trade finance and other cross-border banking services, further leveraging its presence in key global trade corridors in the UAE, the UK, China, Lebanon, and India.”

The bank said that its subsidiary, Access Bank Mozambique, has entered into a definitive agreement with ABC Holdings Limited (“ABC Holdings”), a wholly-owned subsidiary of Atlas Mara Limited (“Atlas Mara”) to acquire African Banking Corporation (Moҫambique), S.A., (“BancABC Mozambique”) for cash, in a combination of definitive and contingent consideration.

“As an enlarged business, Access Bank Mozambique will have an enhanced capacity to play a more impactful role in the growth of the Mozambican economy, particularly in the emerging oil and gas sector, an industry that Access Bank has deep experience in.

“The transaction is subject to regulatory approvals and customary conditions precedent.”

Building on its strategy of delivering a robust banking operation that connects key African markets, Access Bank said it has also entered into a definitive agreement with GroCapital Holdings (“GroCapital”) to invest in Grobank Limited over two tranches.

The first is an initial cash consideration for a 49 per cent shareholding, increasing to a majority stake in the second tranche, the bank said.

“Both tranches are subject to various regulatory approvals and the overall transaction subject to Grobank’s shareholder approvals,” it added.

“GroCapital, whose shareholders include the Public Investment Corporation – Africa’s largest investment manager, and Fairfax Africa Holdings – a leading global investor, will retain an existing but diluted shareholding in Grobank.

“A presence in South Africa will serve as a cornerstone for further momentum in delivering on Access Bank’s mission to be Africa’s Gateway to the World. The proposed transaction is expected to provide access to the largest banking market in Africa and enable Access Bank to consolidate its Southern African and broader African footprint with enhanced capabilities to fulfill the needs of multi-national clients.”

Speaking on these developments Herbert Wigwe, GMD/CEO Access Bank said, “We have consistently said that we are focused on building the scale needed to become a leading African bank; one that leverages our experienced and growing talent base and key stakeholder partnerships towards driving sustainable impact and profitability.

“Today’s announcement demonstrates further commitment to delivering our strategic aspirations of becoming Africa’s Gateway to the World in line with our vision to be the World’s Most Respected African Bank.

“These transactions will significantly strengthen our presence in Southern Africa and further our footprint for growth in the SADC region. With a broader presence across the continent, Access Bank will be better placed to support our customers who are increasingly looking towards intra Africa growth.”

Mr Wigwe said the proposed transactions will accelerate the bank’s momentum towards delivering world-class banking services to an expanded customer base across Africa.

“Our goal remains to reach and impact 100 million unique customers across the continent,” he said.