US futures fluctuate following tech bounce; eyes on the ECB 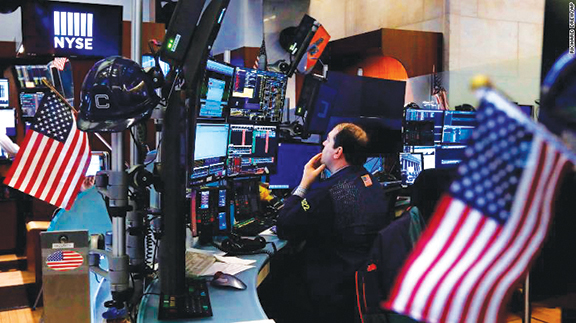 After entering correction territory on Tuesday with an 11% decline from the highs, the c 100 rebounded strongly on Wednesday rising 3% and led by the most beaten-up stocks, with Zoom Video Communications and Tesla up 11% on the day. While a drop of this size from the peak sounds like a steep correction, it remains a minor one given the index had rallied 83% from the March lows in a mere five months. With a price to earnings ratio of 36, valuations for the index are still significantly overstretched, hence we should expect more volatility in the weeks to come heading into the US Presidential Elections.

The 50-day moving average is offering strong support for the index and it needs a break below this level to encourage further selling. So far, the move lower is just being seen as the removal of some froth from the most overcrowded tech trade in decades, but it requires another selloff of similar magnitude to bring markets back to healthier levels.  US futures this morning have turned slightly positive after being in the red earlier this morning.

The Dollar has strengthened sharply over the course of seven trading days. The DXY rallied from a low of 91.75 to 93.66 before giving up some of the gains yesterday and in today’s early trade. While better than expected economic data has lent some support to the Greenback, most of the rally was driven by the selloff in equity markets and not a change in fundamentals.

The European Central Bank policy announcement is the key event for the week and it will be interesting to see what action will be taken following the Fed’s adoption of average inflation targeting and comments from ECB’s Chief Economist Philip Lane who said the EURUSD rate “does matter”.

The latest developments in the Eurozone and especially the improvement in economic data rule out further easing for now, but given that the number of Covid-19 cases is rising again and negotiations with the UK over Brexit are not going well, the risks are mounting. The ECB had forecast inflation to reach 1.3% by 2022, so any downward revision to this figure may mean more stimulus is on the way.

While the ECB does not target a specific level for the Euro, Christine Lagarde may reiterate Philip Lang’s concerns that further strength in the single currency will hinder growth. Such a verbal intervention will likely bring the Euro lower, but without indication of further easing in the upcoming policy meetings, the sell-off is likely to be short-lived. 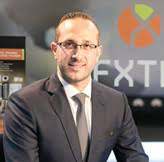