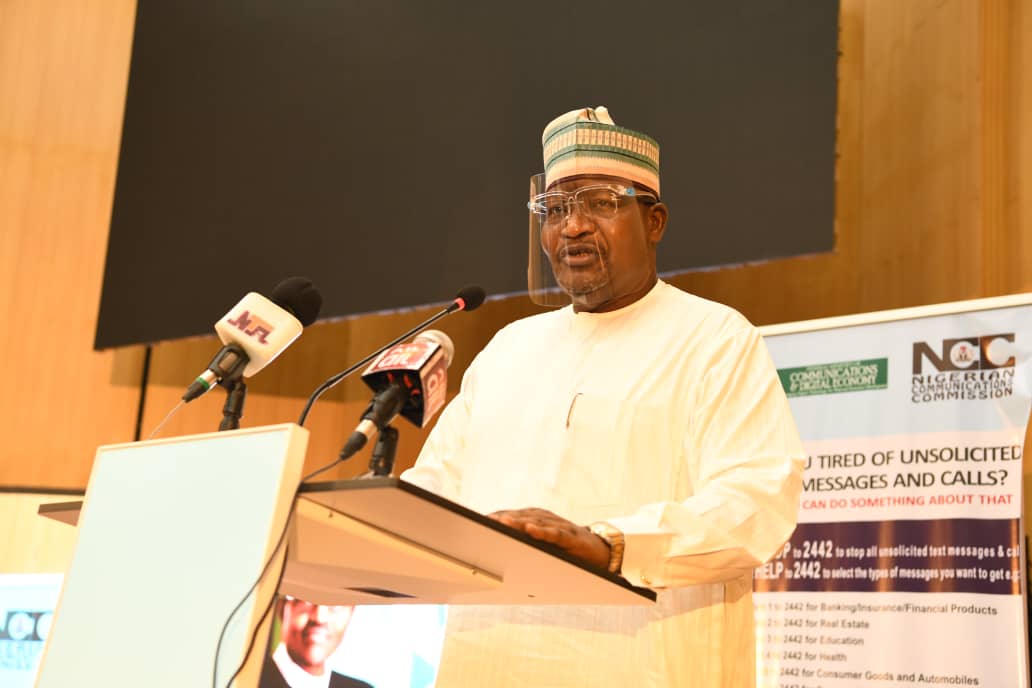 Continuation of various policies formulated by the Nigerian Communications Commission (NCC) in steering the country’s telecommunications industry over the last five years has been guaranteed.

This followed the Nigerian Senate’s confirmation of reappointment of Professor Umar Danbatta, the Executive Vice Chairman of the Commission on Tuesday at the behest of President Muhammadu Buhari.

The Senate confirmed Danbatta during its plenary on Tuesday, July 21, 2020 in Abuja, following the consideration of the report of Senator Oluremi Tinubu-led Senate Committee on Communications.

Danbatta had, on Wednesday, July 15, 2020, appeared before the Senate Screening Committee and gave impressive accounts of his stewardship as the country’s chief telecoms regulator in the last five years.

The EVC’s appearance before the Senate following his nomination for reappointment as the umpire for the telecom the industry for another five years by President Muhammad Buhari on June 5, 2020.

Danbatta was appointed, in the first instance, for a five-year term in office as the NCC’s Executive Vice Chairman and Chief Executive Officer, on August 4, 2015 and was subsequently confirmed by the Senate on November 25, 2015.

Upon his investiture in 2015, Danbatta introduced 8-Point Agenga, which had been serving as policy guide for activities of the commission.

With the Senate confirmation, Danbatta has received a vote of confidence to continue to steer the regulatory activities of the countries over $70 billion telecommunications industry for another five years towards fast-tracking Federal Government agenda on digital economy development.

Danbatta’s visionary leadership has been hinged on NCC’ Strategic Vision Plan (SVP) for the fiscal years 2015-2020, focused on the 8-Point Agenda, the effective implementation of which has led to impressive broadband penetration which rose from a mere 6.0 percent in 2015 to 40.14 per cent in May, 2020.

Similarly, active Internet subscriptions also increased from 93 million to over 141 million currently during the period.

The increase in broadband penetration, Internet usage, number of access to telephone and several other initiatives by the Commission, especially in the areas of driving tech innovations, creating employment, promoting digital inclusiveness, have helped improve the sectors’   Gross Domestic Product (GDP) contribution from 8.50 percent in 2015 to over 11 per cent currently, with a lot of digital activities taking place in all the sectors of the economy.

Professor Danbatta is set to consolidate the modest achievements of the past five years by focusing on broadband penetration, consumer protection and empowerment, efficient resource utilisation, and facilitation of fibre infrastructure deployment.