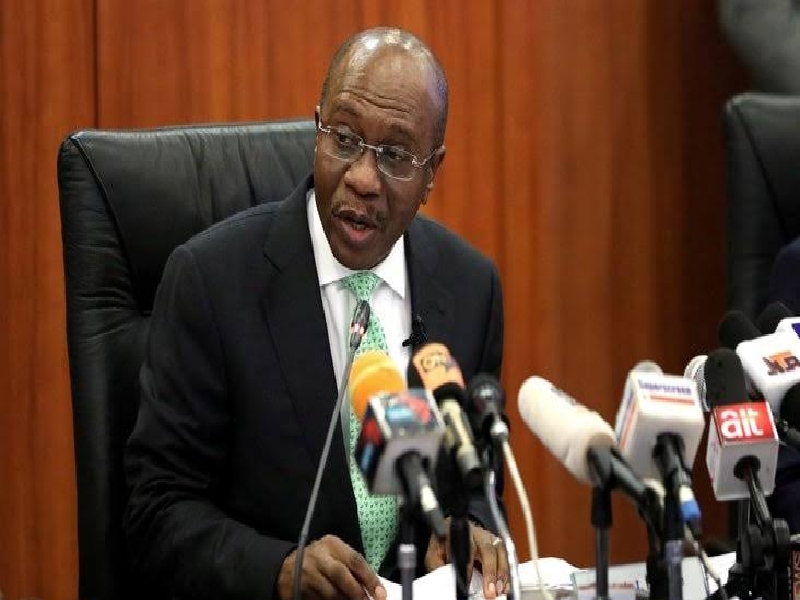 The Total gross credit to the real sector of the Nigerian economy by the banks in the country has risen by 21 per cent in the last one year to hit N19.54 trillion as at November 13, 2020.

Godwin Emefiele, governor of the Central Bank of Nigeria disclosed this recently on two separate occasions of Monetary Policy Committee (MPC) meeting and Bankers’ Night organized by the Chartered Institute of Bankers of Nigeria (CIBN).

In the first instance, Emefiele stressed that loan to the real sector increased by N290.13 billion within a three month period from September to November 2020, to hit the current figure compared with N19.33 trillion as at the end of August 2020.

Few days after, while delivering his Opening Remarks at the annual bankers’ night, he disclosed that the credit has jacked up by over 21 per cent over the past year, from N15.5 trillion in the comparative period of 2019 to N19.54 trillion in November 2020.

Emefiele explained that the surge reflect the extent of the impact of interventions of the apex bank to revive the Nigerian economy following the twin challenges of Coronavirus pandemic and dwindling oil fortune that have hit the country hard in recent times.

He said given the impact on COVID-19 on key economic variables, the fiscal and monetary authorities took unprecedented measures to prevent any long-term damage to the growth prospects of the Africa’s largest economy.

“Our first objective was to restore stability to the economy by providing assistance to households and businesses that had been severely affected by the pandemic.

“In addition, we sought to stimulate economy activity through targeted interventions in critical sectors such as agriculture, manufacturing, electricity and construction,” he said.

The CBN governor further pointed out that, cumulatively, the bank’s intervention efforts represent about 3.5 per cent of Nigeria’s GDP.

He further highlighted some of the measures to include a cumulative reduction of the monetary policy rate from 13.5 to 11.5 percent between May and September 2020 in order to spur lending to the economy;

“A 1-year extension of the moratorium on principal repayments for CBN intervention facilities; regulatory Forbearance was granted to banks to restructure loans given to sectors that were severely affected by the pandemic; reduction of the interest rate on CBN intervention loans from 9 to 5 per cent;

“Strengthening of the Loan to Deposit ratio (LDR) policy, which has resulted into a significant rise in loans provided by financial institutions to banking customers; total gross credit rose by over 21 percent over the past year, from N15.5 trillion to N19.54 trillion,” he said.

In addition, he said, over N738 billion has been provided as credit to manufacturing related activities by the banks as well as creation of N150 billion Targeted Credit Facility (TCF) for affected households and small and medium enterprises (SMEs) through the NIRSAL Microfinance Bank

According to Emefiele, given the resounding success of this program and its positive impact on output growth, the CBN has decided to double this fund to about N300 billion.

This is targeted at accommodating many more beneficiaries and boost consumer expenditure which should positively impact output growth.

Parts of interventions by the banks also included mobilization of key stakeholders in the Nigerian economy through the Coalition against COVID-19(CACOVID), which led to the provision of over N28 billion in relief materials to affected households, and the set-up of 39 isolation centers across the country.

Others, according to Emefiele, include “Creation of a N100 billion intervention fund in loans to pharmaceutical companies and healthcare practitioners intending to expand and strengthen the capacity of our healthcare institutions; so far 60 health care related projects are being funded to the tune of over N60 billion as a result of the intervention.;

“Creation of a research fund, which is designed to support the development of vaccines in Nigeria; establishment of a N1 trillion facility in loans to boost local manufacturing and production across critical sectors; 53 major manufacturing projects, 21 agriculture related projects and 13 service projects are being funded to the tune of over N360 billion from this facility.”