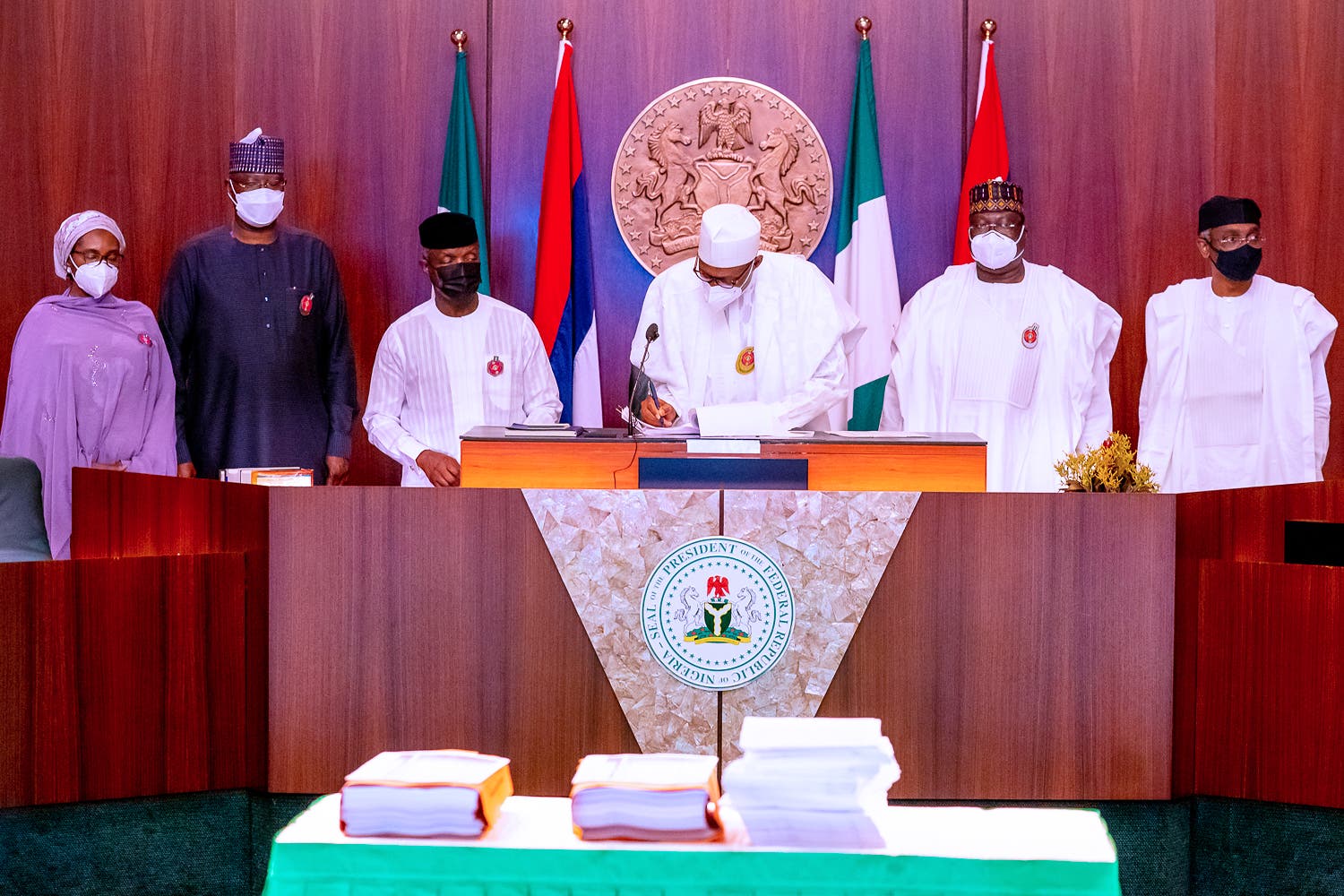 The president’s action followed the earlier passing of the bill by the National Assembly on Dec. 21 during an emergency session convened for the purpose of passing the budget.

President @MBuhari signing the 2021 Appropriation Bill into Law at the State House this morning. #AsoVillaToday #Budget2021

The president also signed the 2020 Finance Bill into law. Those who witnessed the signing of the budget include the Vice-President, Yemi Osinbajo, Senate President Ahmad Lawan and the Speaker of the House of Representatives, Femi Gbajabiamila. Others at the Council Chamber were the Secretary to the Government of the Federation, Boss Mustapha, some cabinet ministers as well as few top government officials.