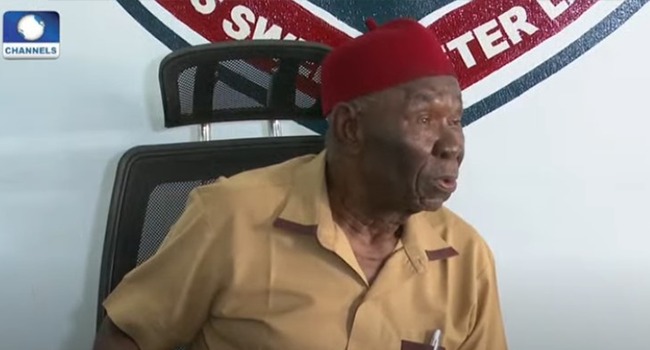 The Nigeria Union of Pensioners is threatening to vote against Governors who are owing pensions during the 2023 general elections.

President of the union, Godwin Abumisi, told journalists in Abuja that many State Governors are owing pensioners.

He said this has made life unbearable for its members.

According to him, some state governors have also refused to review pensions of retirees, even though the constitution provides that pensions should be reviewed every five years.

“Anybody who is not going to pay pension and gratuity; who will not be favourably disposed to senior citizens; that person is going to fail in this election,” Abumisi threatened.

He noted that his popularity and influence in his community will be used to direct how electorates will vote during the forthcoming elections.

“Because, as I am speaking to you, I’m not the only one. My family is large, my dependents are large. I am popular in my community. I will build a position to direct how they are going to cast their votes.

“So, the time has come when the politicians will stop taking us for granted.

“We will openly tell pensioners and their families and their supporters and in their villages and towns not to vote for that particular candidate.

“We give them our votes; they should also give us a return for our votes.”