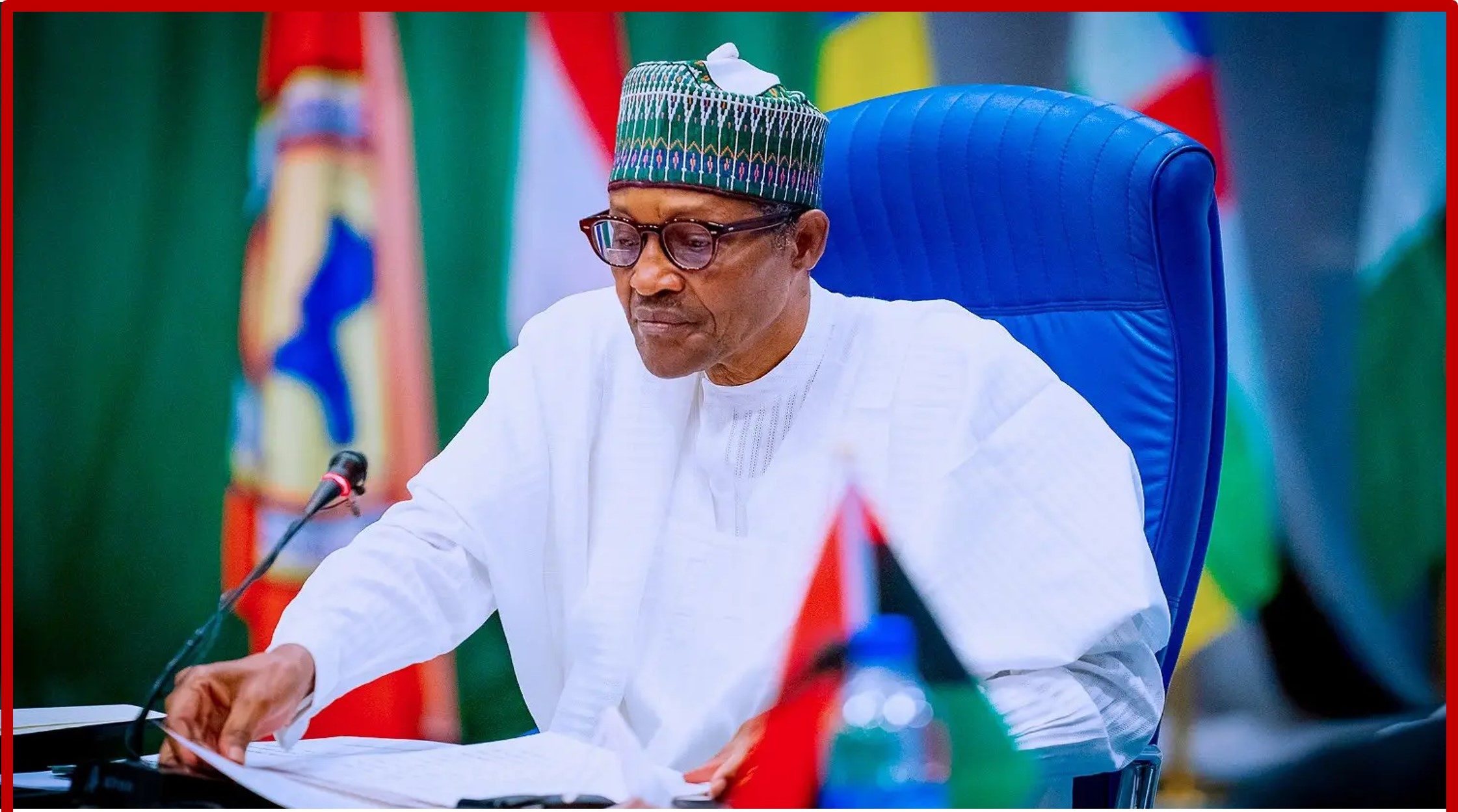 It is now confirmed: President Muhammadu Buhari has withheld assent to the Electoral Act Amendment Bill, 2021 as forwarded to him by the National Assembly on November 19, 2021. Yesterday, there were speculations as to whether or not the President had complied with the provisions of Section 58 (4) of the 1999 Constitution and whether or not the 30-day time frame in the Constitution had lapsed or not. That has now become academic. The President has rejected the Electoral Act as amended and proposed. We are back, all of a sudden to 2018 – the moment before the 2019 general elections – when the President withheld assent to the then proposed 2019 Electoral Act Amendment Bill on the grounds that the country faced the constraints of time, to enable relevant institutions to put the reforms then being proposed in place. Nonetheless, the original arguments about electoral reform and all the issues involved became even more urgent after the 2019 general elections, which in many ways merely further accentuated the change and progress that Nigerians wanted.

Expectedly, the 9th National Assembly led by Dr. Ahmad Lawan was put under heavy pressure to return to the subject. Lawan promised that the National Assembly under his Chairmanship would treat it as a priority. The Amendment Bill that was transmitted to the President, Muhammadu Buhari a month ago, did not cover all the concerns expressed by the stakeholder communities such as independent candidacy, diaspora voting, and reforms with regard to the treatment of electoral offences, but it was a major advance. It said a lot that was useful, to be fair, about the mode of conducting party primaries by the political parties, nomination of candidates, campaign finance, the leveraging of technology in elections, the balloting process. Yesterday, the President put public anxiety as to what he would do to rest, by returning the Bill to the National Assembly without his assent. His major grouse is his objection to the idea of direct primaries as proposed. The President says direct primaries will be a prescription for chaos in the political parties, and an undemocratic abbreviation of the rights of political parties to conduct their own affairs. Other reasons, as reported, include the “high cost of conducting direct primaries, the security challenge of monitoring the election, violation of citizens’ rights and marginalization of small political parties”. Why did it take the President 30 days and a 30-day, eleventh hour, nerve-wracking suspense to arrive at this off-the-shelf response?

Or does anyone think the President has handled the matter in a much cleverer manner this time around? In 2018, he was directly accused of frustrating the passage of the law because he did not want any reform that would jeopardize his personal chances of getting a second term in office. In 2023, he would not be running for office and whereas the same President promises Nigerians credible elections and a legacy of fairness, he has tactically shifted whatever blame may emerge in the future to other stakeholders. But not quite, and not so, I guess.  It is on record that the most divisive matter after the passage of the Electoral Act Amendment Bill by the two Chambers of the National Assembly, was the issue of electronic voting and the mode of party primaries, under Clauses 52 and 87, respectively, of the proposed Bill. The House of Representatives and the Senate had differed originally on the structure and control of electronic transmission of results, but after much pressure from the public, the Senate reversed itself. There was no unanimity on the question of direct primaries,, in and out of the National Assembly.

But why should anyone think that the President is just being clever by half this time around? In 2018, the President refused to give his assent three different times, in such an untidy manner that even the village idiot could figure out that something was fishy and selfish. This year, the President upon receiving the proposed Electoral Act Amendment Bill put in place an internal ruling party mechanism, led by the Vice President, Professor Yemi Osinbajo to deliberate on the Bill. The party was divided down the middle between the party’s representatives in the National Assembly who want a direct primaries system which they consider more democratic, and the majority of the APC Governors who prefer an indirect party system, also known as the delegates system. The lawmakers thought the Governors were being selfish because the indirect system allows them to dictate, and dominate the process, and thus strengthen money bags and Godfathers within the party. The lawmakers in turn were accused of giving voice to their own insecurities and trying to use the Bill to promote their ambitions. I doubt if anyone has any record of the position of the APC as a party qua party, that is, not necessarily as the majority party in parliament, on the Bill. This was another layer of the uncertainty in what is emerging as the Electoral Bill game. The thing to note is that the APC is one political party out of many.

Subsequently, President Muhammadu Buhari forwarded the Bill to the Independent National Electoral Commission (INEC) and the Office of the Attorney General of the Federation and Minister of Justice for advice. INEC is Nigeria’s electoral body. Whatever mode of party primaries that may be adopted, it would be its duty to provide the oversight framework. The Attorney General of the Federation is the country’s Chief Legal Officer. He advises the President on matters of the rule of law and administration of justice.  What is not clear is that it took both offices a rather unusual length of time to get back to the President. The INEC had originally said that direct primaries would be somewhat expensive, as a greater staff and financial outlay would be required. But when it finally spoke, INEC offered a classical, “your-obedient-servant response. It would do whatever the powers at the top want. Sycophants at work! The Attorney General of the Federation was less evasive in his response. He advised the President to reject the Bill, citing the recommendation of direct primaries as a problem. The mode and method of the President’s handling of the Bill forwarded to him, would not be clever after all, and the backlash would fall heavily on his head and office, if it turns out that the needless delay was engineered by the Presidency, or that this is the beginning of the same back and forth that we witnessed in 2018. We should note this:  Many Nigerians may think that the electoral reform that they demand has not happened or that the Electoral Act Amendment Bill does not fully address their concerns, but there is a feeling out there among the people, that this Bill as is, may well be a good beginning, and so the President was urged to sign it.  Our President clearly objects to that. So, what is next?

But will the National Assembly, dominated by the President’s ruling party, the APC, override his veto? I really don’t see that happening. After an initial declaration by Dr. Lawan that the 9th National Assembly would do whatever the President of Nigeria wants, he has had occasion to back-track a little bit by affirming the independence of the legislative arm of government and the potency of its mandate under Section 4 of the 1999 Constitution, but the persona of this 9th Assembly is that it is at best a rubber stamp of the Executive arm of Government – to be specific, a lackey of the Buhari government!  It probably now faces its biggest test so far, with the President’s rejection of the Electoral Act (Amendment) Bill. If it simply accepts what the President wants, critics of the administration would have solid reasons to accuse the Presidency of tyranny and the legislature of sheer obsequiousness. A coalition of 70 civil society organizations under the umbrella of the Nigerian Civil Society Situation Room thinks that the rejection of the Bill will not “do the country any good”. It will also project the government of the day as being insincere.

We should also be interested in the questions that the President’s decision throws up. One: so, what now happens to other aspects of the Bill, the more progressive recommendations contained therein, such as electronic transmission of results? Two, is the President now kow-towing to the Governors in his party who want to maintain the status quo so they can buy delegates and determine who gets what? Three, is there a connection between this and some people’s 2023 electoral ambition? Are there hidden beneficiaries one way or the other, and the entire country is a victim of some people’s selfish inside baseball? Four, is it indeed true that the proposed direct primaries undermines the Constitution and rights of the political parties?

One other question: why didn’t the President assent to the Bill and thereafter initiate a process for its further amendment? Focusing on one item out of many, and using same to undermine expectations is not a very clever move after all. In 2023, President Buhari owes Nigerians a major parting legacy: a demonstration that he is truly a statesman whose loyalty is beyond religion, geography or emotions. Will he rise to that high pedestal? And will he even be allowed to do so, if he so wishes, by the hyper-ventilating “spiritual forces” of Aso Rock? President Buhari’s rejection of the Electoral Act (Amendment) Bill 2021, may end up as the lowest point of his public career as Nigeria’s President, if care is not taken.