Nigerian equities poised to finish 2020 strong, despite pockets of correction ahead 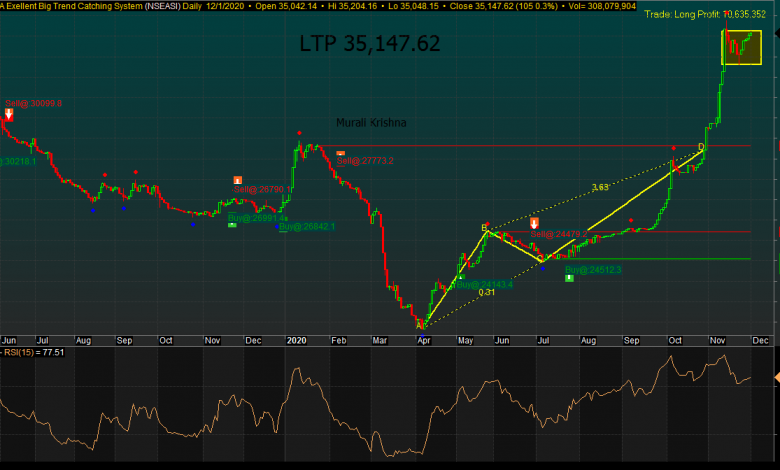 The nation’s stock market raced higher on Tuesday, opening the month of December in green, after recording the best month for telecoms and blue-chip stocks in three years, continuing six back-to-back sessions of bullish transition on a low traded volume and negative breadth.

Tuesday’s volatility and mixed session resulted from the month-end window dressing, profit booking, and repositioning for year-end seasonal trends and ahead of the December year-end earnings reporting season and 2021 corporate actions expected in the first quarter. That is the period also, the nation’s economy is projected to come out of recession, given the cocktail of policies and measures being taken to jumpstart the economy so far.

The Nigerian equity market has, however, maintained its bullish rally on sustained mixed sentiments, trading above the simple shortest seven, 20, 50, 100 and 200-day moving average on a low traded volume that signals the need for caution among investors. This is because the NSE’s index action recently formed double tops that support either a pullback or breakout, which might be useful for traders and investors to review some of their positions based on recent price actions.

Meanwhile, the day’s trading opened on the upside and was sustained throughout despite oscillating between midday to late afternoon on profit-taking and repositioning in banking and dividend-paying stocks. The rally pushed the composite NSE All-Share index to an intraday high of 35,204.16 basis points, from its low of 35,048.15bps, before finally closing the session above the 35,147.62bps it opened.

Market technicals during the session were positive and mixed with lower volume traded than the previous day in the midst of breadth that favoured the bears on mixed sentiments, as revealed by Investdata’s Sentiment Report showing 64% ‘buy’ volume and 36% sell position. Total transaction volume index stood at 0.62 points, just as the momentum behind the day’s performance was relatively strong with MFI looking down and reading 69.41, from the previous day’s 71.26 points, an indication that funds left the market, besides reflecting the impact of profit taking, notwithstanding that the index closed green. 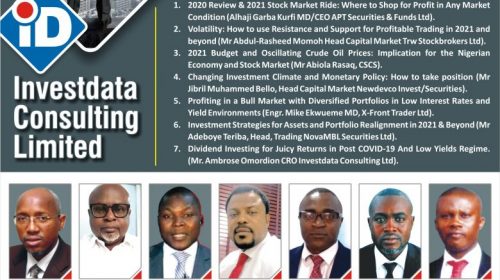 The sectorial performance indexes were mixed, with the NSE Insurance and Consumer Goods closing 1.16% and 0.06% down respectively, while NSE Banking led the advancers’ after gaining 2.27%, followed by the NSE Oil/Gas that notched 0.19%, while the NSE Industrial Goods closed flat.

Market breadth was negative, as decliners outweighed advancers in the ratio of 21:16, while activity in volume and value terms were down by 25.8% and 30.5% respectively, with investors exchanging 308.18m shares worth N3.4bn, from previous day’s 415.53m units, valued at N4.9bn. Volume was driven by trades in Access Bank, FBNH, Mutual Benefits Assurance, UBA and Guaranty Trust Bank.

We expect a mixed trend, amidst a sustained portfolio rebalancing and repositioning in the new month, just as the NSE’s 30.94% year-to-date gain has outperformed the prevailing inflationary trend. This remains the attraction in the stock market, since it can be used to hedge against inflation, given the negative real rate of return from other investment windows.

Related Topics:Stock market
Up Next