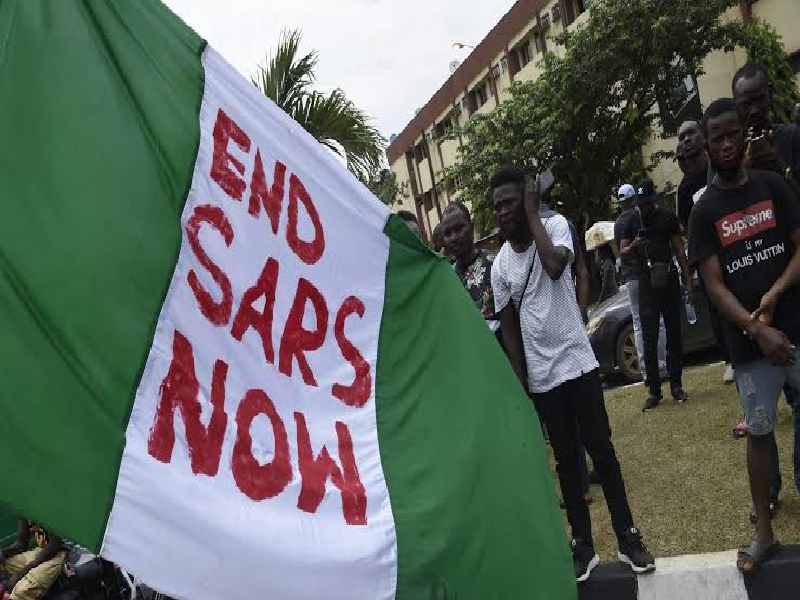 With EndSars protests hindering the movement of people and goods across the country due to the numerous roadblocks, the Lagos Chamber of Commerce and Industry (LCCI) has put the economy’s estimated loss to the action at N700billion in the past 12 days.

According to the Chamber, while citizens’ engagement and the demand for accountability which the EndSARS protest essentially represents are in consonance with democratic norms and also form vital ingredients for good governance, the disruptions, blockades and barricades around our major cities and interstate highways have far-reaching effect on the economy.

The chamber’s President, Mrs Toki Mabogunje in a statement, yesterday, warned that the country was beginning to witness various unintended outcomes of the protest, adding that there is a great risk that the situation may degenerate into a case of the complete breakdown of law and order which is certainly not in consonance with the objectives of the #EndSars peaceful protests.

The chamber called for the reduction in the number of blockades, urging protesters to enter the dialogue phase of the civic action.

While the protests also form vital ingredients for good governance, the chamber is however concerned about the negative impact that the protracted nature of the EndSars protests has on business activities across the country, stating that economic activities have been crippled in most parts of the country and has been particularly profound in the urban areas.

“The #EndSARS protest has been impactful and profound. It has demonstrated in unmistakeable terms the power of the people and the potency of the energy of our youth to bring about change. The protest has achieved some significant outcomes given the reawakening that it has generated in reforming the shortcomings in our political governance and the fact that some of the demands of the protesters have been met.

“The Lagos Chamber of Commerce and Industry whose mandate is to be the voice of business and protect the livelihoods of all those in the business community wishes to recommend that the protesters progress to the next stage of civic engagement, which is the dialogue phase of this struggle. This is necessary to reduce the massive disruptions, blockades and barricades around our major cities and interstate highways.

“These actions have been at great cost to the economy and the welfare of Nigerian citizens. It should be noted that our economy is still reeling from the shocks of the Covid 19 Pandemic and struggling to recover from its devastating effects”, the chamber added.

The LCCI however urged President Muhammadu Buhari to urgently grant audience to the protesters to deliberate on the way forward and to agree on an action plan for the delivery of agreed outcomes and commit to rapid improvement in governance quality and accountability by effecting necessary institutional, policy and regulatory reforms not only for the police but the entire public sector ecosystem.

The chamber also urged leadership of the protests to occupy the seats provided to participate in the reforms to be implemented by government in response to their demands.