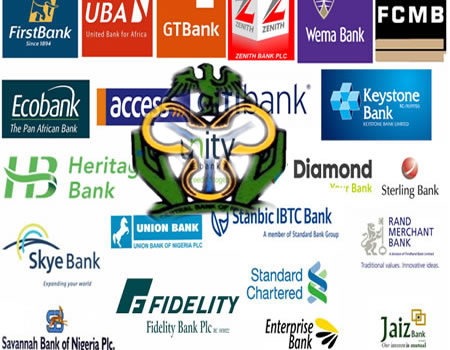 Commercial Banks in Nigeria have counted loses to the tune of N122 billion ($338) as the Central Bank of Nigeria (CBN) hit them with extra ordinary debits from their accounts.

The bank had earlier hinted of its plans to unify the multiple exchange rates, to generate more local currency from its dollar inflows and further achieve naira stability.

Reuters reported that the apex bank, Nigeria’s main forex supplier, asked lenders to bid for dollars at N380 to the dollar on Friday, five per cent above its official rate.

The naira, however, opened weaker at 387 against the dollar on the over-the-counter spot market widely quoted by investors and importers. It further weakened to N462 at the black market on Monday.

The currency had come under pressure in recent months after the coronavirus pandemic and a fall in price of oil, Nigeria’s main export, and as foreign investors exited, leaving the country with large financing gap.

The oil price crash had caused dollar shortages on official markets, shifting demand to the black market, where the naira is much weaker.

Central Bank Governor, Godwin Emefiele, had said he would not unify rates close to the black market rate.

The bank had been withdrawing liquidity from the financial system before forex auctions, part of measures to support the currency and curb speculation, bankers said.

Money market rates spiked to 25 per cent following the debit, from just under two per cent the previous session, bankers added.

Nigeria is also under pressure from foreign lenders such as the World Bank and International Monetary Fund for currency reforms.

The World Bank is expected to approve a $3bn budget support loan for Nigeria in the coming months.

Related Topics:CBNForex Scarcity
Up Next