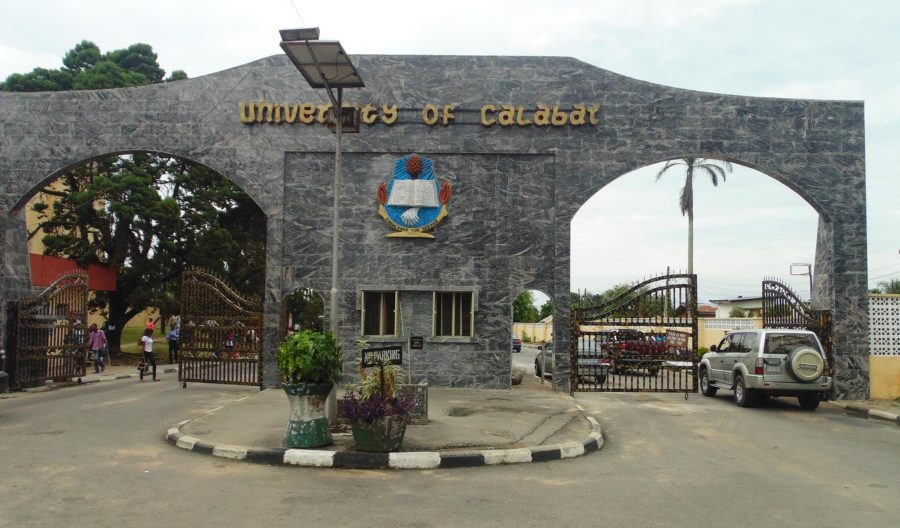 The Pro -Chancellor and Chairman of the University of Calabar Governing Council, Sen. Nkechi Nwaogu has disclosed that the institution lost 1.3 billion naira following the devastating destruction unleashed by hoodlums who hijacked the #EndSars protest.

Sen. Nwaogu who made the disclosure on Monday while briefing newsmen at the Institution Senate Chambers said the mayhem unleashed by hoodlums who hijacked the peaceful protest was premeditated and well coordinated.

Her words :”While it is no longer news that the peaceful and well-intended #Endsars protests across the country were hijacked by hoodlums and other criminal elements to unleash mayhem on individuals, private and public property, it is sad that the scale of destruction in our institution of learning, the University of Calabar, has not been given the due attention it deserves in the public domain.

“It is agonizing to report that the untoward events of Saturday, October 24, 2020 where vandals laid siege to a centre of knowledge in Calabar goes down in history as a day of infamy and great assault on our shared humanity.

“Unrestrained by security agents, enemies of progress invaded the University campus in what was like an open warfare and made straight for key targets and offices, to loot and destroy.

“Sadly, they had a field day in fulfilling their criminal and barbaric intentions against the institution by attacking the following places and offices.

“The cost implication of this unwholesome development is a staggering 1.3 billion Naira, a serious setback for our dear University.

“Though no time is appropriate for this inexcusable barbarity, coming at a period of a long shutdown as a consequence of the COVID-19 precautionary measures and the protracted ASUU strike.”

Speaking further ,she said the institution was bleeding and needs all the assistance it can get at this point. “UNICAL is bleeding seriously, because of the attack, the way no other University in the country has ever had to. This is a shock felt to the very foundations of this institution. Unfortunately, the impact of this situation on teaching and learning is yet to be made pronounced as a result of the long ASUU strike and lockdown.

“Indeed, the university of Calabar has been dragged backward by at least 5 years, which can be very exhausting, given the effort and sacrifices being made to improve the system generally as evidenced in the struggle of the Academic Staff Union of Universities (ASUU).

“This press parley is, therefore, intended to let the country know the unique challenges the University is facing, and appeal to well-meaning and public spirited individuals, intervention agencies of government to come to the assistance of the University.

“To lose property of about one whim of criminal attack is very challenging and daunting for the University to replace alone,” she said

NSE migrates 4 companies from ASEM to Growth Board