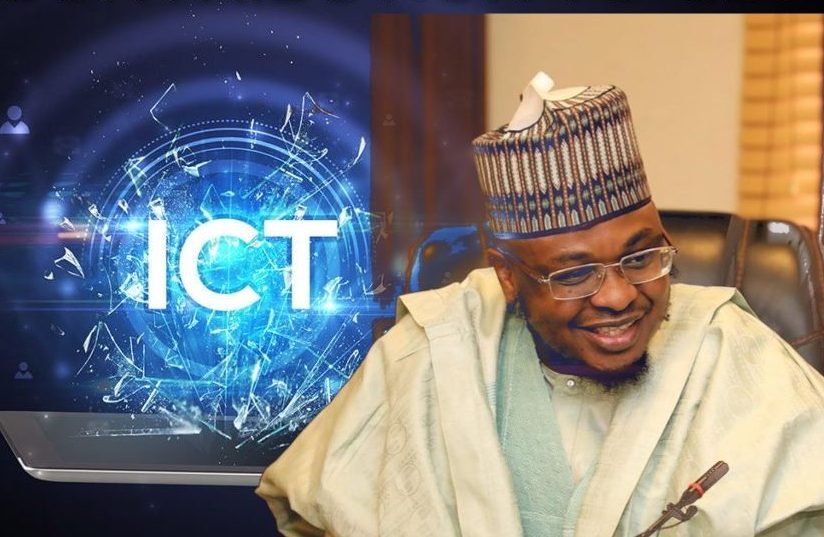 Information Communication Technology (ICT) has been acknowledged as a source of energy and a growth engine for the social and economic empowerment of the nation. In order to increase its equity in developing the Global Digital Networked Information Economy, Nigeria is empowering the general public through ICT.

Nigeria’s technological innovation has recently made significant strides. For instance, Nigeria’s digital mobile network has expanded rapidly since the three businesses (Airtel, Glo, and MTN) were granted GSM operating licenses in 2001 and began their operations in August of that same year. The growing influence of ICT in all public and private organisations through the internet to improve citizen interaction has opened up a new line of contact for citizens and the government in the nation.

The tech and digital economy industry in Nigeria are reshaping the country and is providing employment opportunities, while many tech enthusiasts have made breakthroughs through their potentials in the industry. The future of Nigeria lies mostly in the non-oil sectors and tech is one of the leading ones.

Mallam Isa Ali Ibrahim Pantami, the honorable minister of communications and digital economy is overjoyed to learn that Nigeria’s ICT sector has continued to contribute more to the country’s Gross Domestic Product (GDP) in the second quarter of 2022. The industry accounted for 15% of Nigeria’s GDP in 2020, despite the COVID-19 pandemic. This continued a trend that had been seen during the following three years, during which time the industry has grown by 18.4%.

Nigeria has demonstrated its ability to conduct business across international borders, gain the respect of other nations, and collaborate constructively with them. Imagine a world without technology — there would be no access to various Internet products, online schooling, or ways of communicating with the outside world— and we would still be living in a primitive or nonexistent condition.

Under Pantami’s supervision, the ICT sector of the digital economy has maintained its pattern of contributing significantly to the expansion of the country’s economy. Nigerians have excelled in the tech sector, from blogging to the development of interactive forums like Nairaland and the establishment of e-commerce platforms like Jumia and Konga. All of these have influenced the purchasing power and strategies of the Nigerian populace and those of Africa as a whole. Nigerians have embraced technology in a variety of ways to improve their lives and greatly empower their people.

The minister was able to resolve the Right of Way issue that had prevented the widespread adoption of broadband for eleven years. Additionally, by designating telecommunications equipment as Critical National Infrastructure, the erroneous act of destroying it was also addressed. The minister also instructed the deactivation of 2.2 million SIM cards in order to address the issue of unregistered SIM cards, which have put millions of lives and properties in danger.

Nigeria’s ICT sector has influenced its inventories and given the country a place in the community of countries. With the proliferation of startup acceleration centres nationwide, including CoCreation Hub in Lagos, the IT industry has extended across the country. Every state has embraced the technological trend and provided its residents with facilities to advance their technical development. Many of these hubs are privately held, while others are supported by the Nigerian government through various federal agencies and programmes meant to develop the tech sector in the nation.

The steady and rising development of technology under the minister’s watch is no longer news to the development of Nigeria’s digital economy. Nigeria has repeatedly shown itself to be a technophile country, hence the ICT industry has consistently led as one of the nation’s fastest-growing sectors.

Numerous policies and strategies implemented by the Federal Ministry of Communications and Digital Economy have been successful in advancing both the ICT industry and the digital economy. To name a few, there are the National Broadband Plan 2020–2025, the SIM Card Registration Policy, and the National Digital Economy Policy and Strategy 2020–2030, which serve as the principal policy driving Nigeria’s digital transformation.

I had the opportunity to be part of the IMPR team that presented our book to the Honourable Minister, Mallam Pantami on 22 August and had the privilege to applaud him for the Ministry’s hard work and progress since he assumed office. Interestingly, on 26 August, the National Bureau of Statistics (NBS) released its report which stated that the ICT sector had contributed 18.44% to the GDP in Q2 2022, clearly demonstrating the sector’s significant and consistent contributions to Nigeria’s economy.

In this regard, Mallam Isa Ali Ibrahim Pantami set and broke records while successfully navigating the Ministry’s ship during the Buhari administration. He has accomplished what many people would have taken years to do.

Related Topics:Digital economyICTMinister Pantami
Up Next