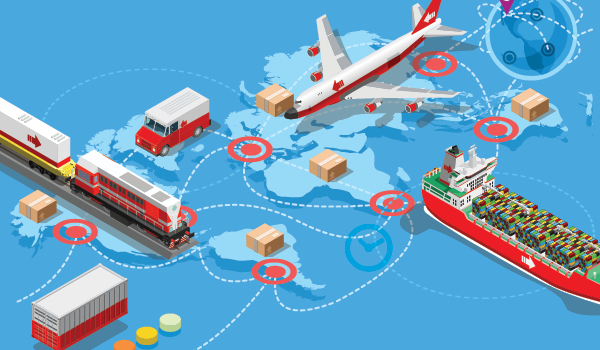 Global trade will reach a record level of about $32 trillion for 2022, as trade in goods is expected to total almost $25 trillion, an increase of about 10 per cent from 2021. However, trade growth has been subdued during the second half of the year.

According to the United Nations Conference on Trade and Development (UNCTAD), during Q3 2022, trade in goods declined by about one per cent relative to Q2 2022. Trade in services increased by about 1.3 per cent during the same period.

The UNCTAD now indicates that the value of global trade will decrease in Q4 2022 both for goods and for services.

While the value of international merchandise trade has stabilised during the second half of 2022, the volume of trade increased during Q3 2022 and is expected to continue increasing during Q4.

UNCTAD noted that deteriorating economic conditions and rising uncertainties have resulted in a trade slow-down during the second half of 2022.

However, the decline in global trade has been nominal, as the volume of trade continued to increase throughout 2022, a signal of resilient global demand.

Part of the decline in the value of international trade during the second half of 2022 is due to a decrease in the prices of primary products, especially energy.

By contrast, the prices of internationally traded intermediate inputs and consumer goods have continued to increase during the same period, raising additional concerns about persisting global inflation.

The decline in the value of global trade has been so far limited to goods. Trade in services has been more resilient, with its value continuing to rise during the second half of 2022. The ongoing trade slowdown is expected to worsen for 2023. While the outlook for global trade remains uncertain, negative factors appear to outweigh positive trends.

Notably, UNCTAD stated that economic growth forecasts for 2023 are being revised downwards due to high energy prices, rising interest rates, sustained inflation in many economies, and negative global economic spillovers from the war in Ukraine.

Similarly, persistently high energy prices and the continued rise in the prices of intermediate inputs and consumer goods are expected to dampen demand for imports and to lead to a decline in the volume of international trade.

On the other hand, UNCTAD stated that recently signed agreements such as the Regional Comprehensive Economic Partnership and the African Continental Free Trade Area, as well as a number of smaller trade agreements, should come to fruition and provide some momentum for international trade.