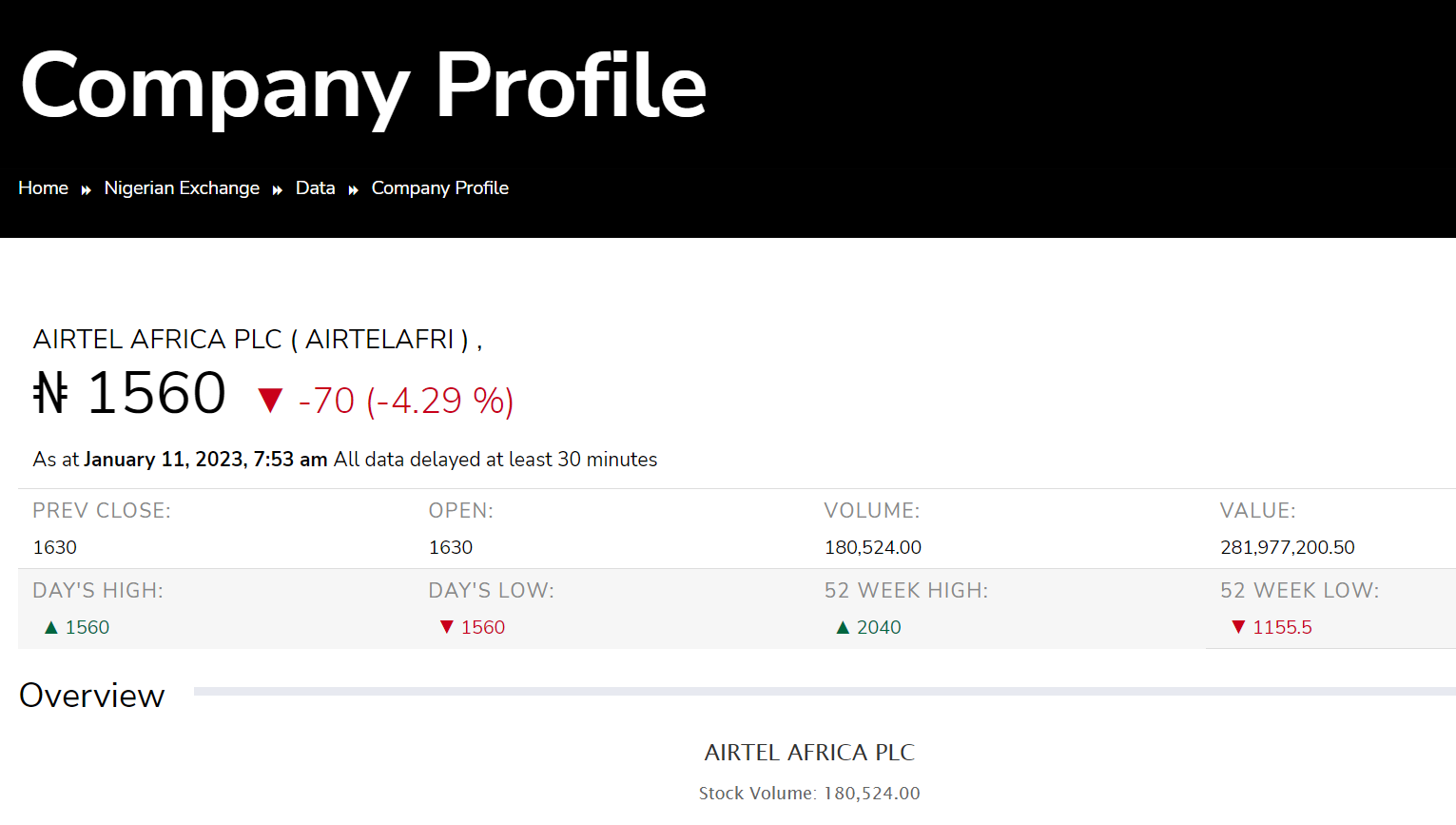 The positive sentiment witnessed on shares of Airtel Africa Plc on Monday following the news of its 5G and 4G spectrum acquisition has waned as investors rushed to counters on Tuesday to book for profit from the previous day.

Business Metrics observed that the stock of the telecoms company which gained over N300 billion on Monday moderated on Tuesday due to profit-taking, thus losing N263 billion.

At the close of the market on Tuesday, Airtel remained the most capitalised listed company at the Nigerian Exchange Limited (NGX) with market cap of N5.863 trillion, derived from its 3,758,151,504 total outstanding shares against the closing price of N1,560 per share.

Recall that the addition to the company’s market capitalization on Monday followed the announcement that its Nigerian subsidiary, Airtel Networks Limited, has acquired 100 MHz of spectrum in the 3500MHz band and 2x5MHz of 2600MHz from the Nigerian Communications Commission (NCC).

The news of the acquisition had spurred investors’ appetite for the shares of the company putting it back in the green after the losses it recorded in the previous week.

Speaking on the impact of the spectrum acquisition, Managing Director of Crane Securities Limited, Mr Mike Eze in a chat with the press said that aside from the price adjustment mechanism that Airtel and the market at large are currently experiencing, the news of the acquisition boosted investors’ confidence that gingered buy pressure on the stock.

“The stock market world over is driven by information, either positive or negative. The news that Airtel Networks Limited has acquired 100 MHz of spectrum in the 3500MHz band and 2x5MHz of 2600MHz from the Nigerian Communications Commission (NCC) was a much-needed tonic that spurred investors’ positive sentiment on the shares of the company.

The acquisition is a positive development that will in the long run boost the company’s bottom line and returns on investment to long-term investors,” he said.