Some Nigerians would say that you are late to the party regarding your recent intervention in the activities of digital loan firms which harass and threaten Nigerians who took loans from them. In one of your public comments, you promised to take them to court. Have you taken anyone of them to court?

We have so far frozen 50 accounts. We have taken over 12 applications off the Google Play Store and we are in discussions with more than 10 companies right now. The rate of defamatory messages has dropped by at least 60 per cent. I am not saying they have stopped but they have dropped by at least 60 per cent. More than half of the companies that are currently before us have agreed that they will have to modify their behaviour. Many of them have changed some of their systems, including sacking some employees who sent defamatory messages. We are developing a regulatory framework that will involve other regulators, and we are prosecuting at least one company right now.

Well, money lending itself is not a criminal conduct. So, you have to determine there has been a crime. And even defamation, when civil, is not something a regulator can enforce. It is an injury to reputation that is only enforceable by the injured party and through the judicial process. What we are doing as a regulator includes things that the law gives us power to do.  Some of these things are still happening, but we will continue the work to eradicate them.

How do you determine companies to prosecute?

How many companies are you investigating at the moment?

I just told you that at least 10 companies are engaged with us in one way or the other. They are even more than 10 at the moment.

Some people tend to think that certain individuals and companies are dominant in the Nigerian economy. How do you ensure that one company does not fraudulently push away a competitor in the same industry?

We have at least three major investigations opened into companies which we think are abusing their market dominance in a manner that will frustrate smaller players. When we look at the market and consider it inefficient, whether it is a monopoly or market dominance, the first thing we do is to unlock the barriers for others to enter. It is when you do that that you see the market correct itself. It needs the regulator to address certain behaviour in the market. Don’t forget that the competition law was introduced in Nigeria only in 2019. We lost the whole of 2020 to COVID-19.  So, the amount of market intervention that the FCCPC has succeeded in doing is actually commendable and commended widely. One of the ways that you may not know that we have addressed monopolies is in the area of mergers and acquisitions. We are refusing to approve mergers which we think will lead to dominance and possible monopolies and disruption to the market.

Can you give examples?

For instance, the big mergers that occurred in key food industries recently, we had to put some conditions in place.

Can you disclose their identities?

Some of those mergers are evolving. So, disclosing their identities will potentially and materially affect the situation and put certain parties in those transactions in disadvantaged positions.

How many mergers and acquisitions would you say you have failed to approve since you became the Executive Vice Chairman?

The statistics is not about what you have turned down or not because the regulator should not have a badge of honour or pride for denying transactions that move commerce. It is all about how many we have analysed and ensured that the market operates well. The sheer number that we have made, including conditions to divest, conditions for behavioural scrutiny, conditions for monitoring well is quite commendable. We have mergers and conditions, including where there are conditions not to change prices for X period of time or not to reduce the number of X products over a period of time. We have given conditions in many situations to ensure that the market continues to operate well.

What about the electricity sector where you have a monopolist exploiting Nigerian consumers, refusing to provide meters but revelling in estimated billing?

Absolutely. I have said repeatedly that privatisation of the electricity sector itself created natural monopolies. We know monopolies, especially in terms of transition of public utilities to private utilities. So, what we are doing is to manage the situation based on the structure of the market. There are things that we need to change for the electricity market to change. Some of them include legislations. Some of them include contracts that the Federal Government entered into for a period of time, for which any modification could be considered a breach and potential penalties on the Federal Government. So here we are, we find the sector the way it is, we are struggling in that sector and we are working as hard as we can to resolve complaints in it. We are trying to hold the Discos accountable and work closely with the Nigerian Electricity Regulatory Commission, NERC. One of the things we believe is that we must find a way to make metering more aggressive and estimated billing less attractive. And we are working with the NERC to come up with estimated billing cap regulations. We have signed a Memorandum of Understanding with them and we are looking forward to stronger enforcements of those gaps. 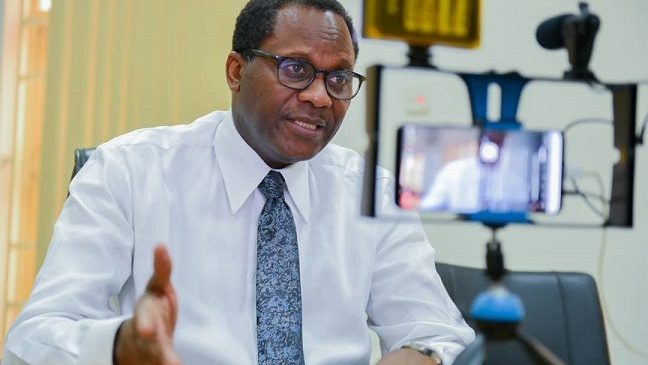 You issued a press statement last month saying that it was not the job of your agency to regulate prices. Yet, one of your mandates is to prevent monopolies and market dominance. How will you be able to discharge this responsibility if you cannot regulate prices?

Multiple players will compete for consumers. Take for instance, just imagine that there are several carbonated drinks in the market. In that circumstance, consumers will get more value. I give you a quick example, when last did you see the price of Coca-Cola, Bigi, Fanta, La Casera increase? Their prices do not go up much but their sizes keep changing. From 33cl, they came up with 35cl, and then to 50cl. The same thing is applicable to bottled water. That gives you the idea of what happens when the market is working well because the moment you increase the price beyond what people are willing to pay, they will drop off and take the substitutes. We do not fix prices; we regulate the forces that determine prices. These are far more efficient than fixing prices.

Looking critically at the Nigerian economy, there is market dominance in sectors like cement, telecoms, noodles and the rest, where a player controls up to 60 per cent of the market. What is your role here, especially when such dominance is hurting consumers?

Our role is not to structure the market. Monopolies are a natural phenomenon all over the world. When there are monopolies or dominance, do you create a company to compete? There are many ways monopolies or market dominance arises. When there is monopoly, there is a lot more scrutiny. What we do is to eliminate entry barriers where there is monopoly. We usually try to find out why there is monopoly in the first place. Why do you have two or three businesses in one space? When we look at the why, we see if we can address the why. If it is a licensing issue, we go and address the licensor. If it is a natural issue, where the Federal Government has given license to one player, we engage the Federal Government on it. Our aim is to make sure the market is available to other players. It is not against the law to be dominant, otherwise what you are saying is that a company should not be innovative and should not initiate appropriate strategy to gain more consumers. But when a company becomes dominant, it is the abuse of that dominance that is a violation of the law. In your dominance, you have most of the market, but one of the regulations is that you do not act unilaterally. If you are dominant and you just decide to increase prices, we will come in.

There are several situations when the government is a monopolist. Do you also regulate them? 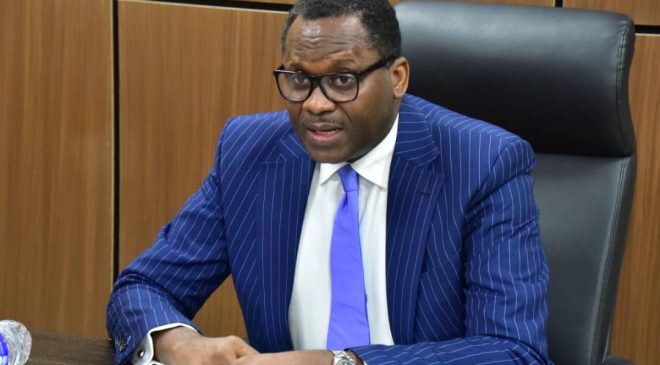 Consumers are also complaining about banks deducting their money without compunction. Sometimes people press codes and the banks tell them they have taken loans. Do you also regulate such activities of the banks?

We are resolving complaints on daily basis. We resolve as many cases as possible in terms of financial institutions and banking institutions. For us as a consumer protection regulator, the fact that certain types of complaints are repeated by consumers shows that there are key issues that resolving individual complaints is insufficient to modify. In those kinds of situations, we engage the regulator. We still have a lot of work to do in the financial sector. The Central Bank of Nigeria is also engaged in it. We are looking forward to enforcing banks and their payment systems’ service-level agreements to ensure that when people engage in electronic transactions, if there is a glitch somewhere in the middle, the situation can be resolved. We are working to ensure that when there are failed transactions, the consumer will not be the one to carry the burden of that failure.

You have a tribunal. Does your Act permit you to punish financial institutions when they cheat consumers?

There is a Banks and Other Financial Institutions Act, BOFIA, that is in force. There are areas of overlap, and even conflict and exclusion between the BOFIA and the Federal Competition and Consumer Protection, FCCPA. The CBN and the FCCP are managing the consumer space. Those conflicts exist and limit certain scopes of jurisdiction. The tribunal also has the responsibility to review the decisions of the FCCP and other institutions, provided those decisions are with respect to competition and consumer protection.