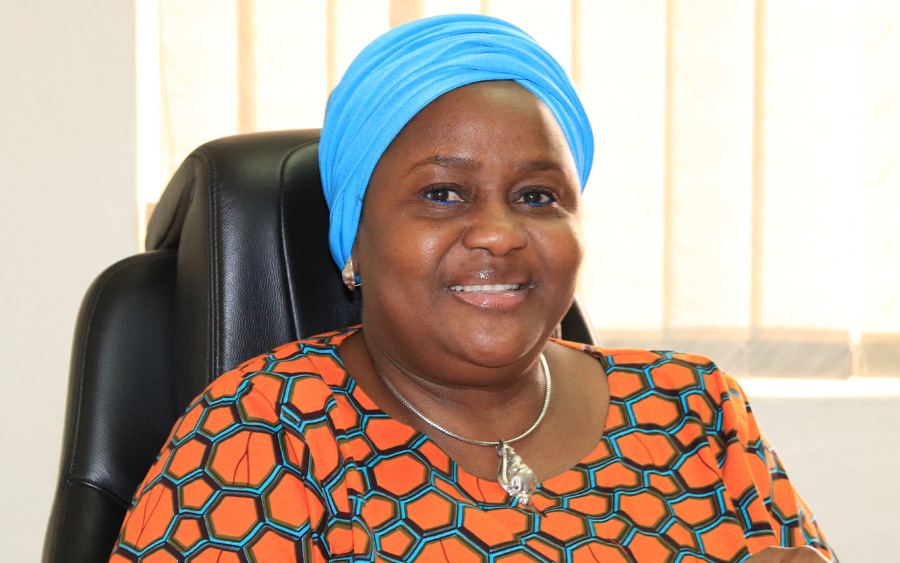 President Muhammadu Buhari’s nomination of Aisha Umar as the new director general of the National Pension Commission (PenCom) as some senators at the upper legislative chamber on Tuesday vehemently protested the nomination.

The lawmakers divided as soon as the Senate President, Ahmad Lawan, read Buhari’s letter, seeking Umar’s confirmation as the substantive DG of the agency.

The letter also named Oyindasola Oni as Chairman on the agency.

Speaking on behalf of the aggrieved senators, the Senate Minority Leader, Enyinnaya Abaribe, declared that Umar, from the North-East should not have replaced, the former DG, Mrs Chinelo Anohu-Amazu, who is from the South-East.

Abaribe said Buhari’s action was a flagrant breach of the Act that established the PenCom.

Section 20(1) and section 21(1) and (2) of the National Pension Commission Act 2014, states, “In the event of a vacancy, the President shall appoint replacement from the geopolitical zone of the immediate past member that vacated office to complete the remaining tenure.”

Abaribe argued that Anohu -Amazu successor should come from the South-East.

He said, “I recall that the tenure of the incumbent was truncated. Therefore, the new letter from the president that has now moved the chairman of the commission to another zone may not be correct.

“It is against the law setting up the National Pension Commission and the Federal Character Commission.

“Before you (Lawan) send it to the appropriate committee tomorrow, (Wednesday), I wish to draw the attention of the committee to it.”

The Senate President rejected Abaribe’s point of order and observation.

He said, “That is for me to interpret because I interpret the laws here. If there is any petition to that effect it should be sent to the committee.”

A Senator from the North-Central, however, told our correspondent on the condition of anonymity on Tuesday, that the lawmakers across party divides were opposed to the contravention of the Act by Buhari.

He said, “We are set to meet tonight (Tuesday) to harmonise our position.”

He recalled that an attempt by Vice-President, Prof. Yemi Osinbajo, to push for the nomination of Mr Funsho Doherty from the South-West as Anohu-Amazu’s successor, was frustrated by a certain cabal in the Presidency.

Lagos moves to repeal law on pension for ex-govs, deputies