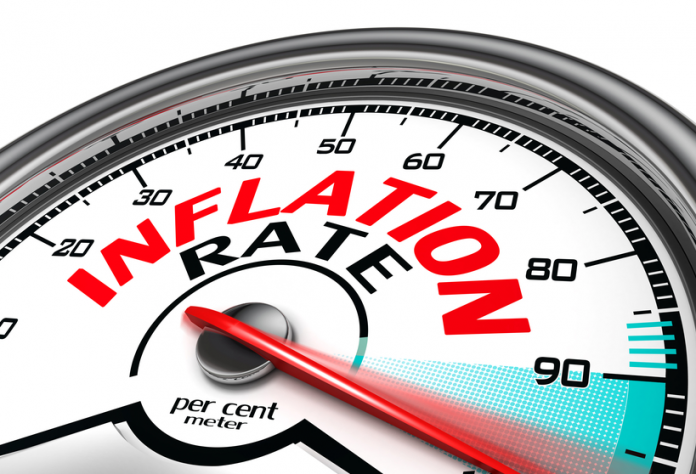 Nigeria’s headline inflation accelerated for the ninth consecutive months to 21.09 percent year-on-year in October from 20.77 per cent in September.

The latest Consumer price Index (CPI), released today by the National Bureau of Statistics (NBS), indicated that the figure is the highest seen since 2005, making the current inflation 17-year high.

The rise was 5.09 percentage points higher when compared to the rate recorded in October 2021, which was 15.99 percent and shows that the general price level increased in October 2022.

Experts observed that According to the CPI report which measures the rate of change in the prices on consumer commodities and services, the rise in the headline is attributable to many factors such as continued weakening of the Naira which grapples with the United States’ greenback and at its historic low.

Other factors ballooning inflation in the country include the bane of insecurity across the country, rising cost of importation as well as the expectations for a price surge ahead of the festive celebrations in the face of an awaited seasonal boost to food supplies from the post-harvest season and the anticipation of higher spending as the election campaign season kicks-off in full gear in October.

Analysis of the Report

Analyzing the NBS report showed that on a month-on-month basis, the headline inflation rate for October 2022 was 1.24 percent, 0.11 percent lower than the rate recorded in September 2022 (1.36%).

This means that in October 2022, the general price level for the headline inflation rate (month–on–month basis) declined by 0.11 percent.

Further analysis into the major drivers of the surge in inflation during the reported month, according to the Abuja-based statistics office, was food inflation which climbed for the eighth straight month to 23.72 percent.

This climb poses to be the highest since October of 2005, amidst supply disruptions triggered by widespread flooding as witnessed across more than 30 states in the country.

Consequently, prices of imported food climbed 18.1 percent in October from a year earlier. Meanwhile, increases in the prices of bread and cereals, food products, potatoes, yams and other tubers, oil and fat drove the food index higher.

In a related development, the official statistics authority noted in its report that there was an upward pressure which came from non-food products, such as housing & utilities which rose 16.8 percent as against 16.4% at the last reading; transport which rose 3 percent points to 19 percent; furniture & household equipment (16.9%); education (17.3%); health (17.4%); while miscellaneous goods & services (17.7%); and restaurant & hotels (16.5%) also contributed to the accelerated inflation pressure.

Reacting to the latest Nigeria’s headline inflation development, economic experts at Cowry Asset Management Limited observed that the October inflation rate stays nine basis points above their expectation for a slow acceleration to 21 percent due to supply disruptions caused by flooding in some food-producing regions.

The said: “However, we considered the fact that as we approach the year-end festive period, prices may begin to take another surge due to the continued weakening of the Nigerian naira.

“For Cowry Research, our headline inflation outlook remains elevated when we take into account the recent flooding which affected many food-producing states; the rise in energy costs which is reflective of the increases in fuel prices (diesel and kerosene) coupled with the depreciating Naira and rising airfare prices.”