The Week Ahead: Time to diversify stock portfolios 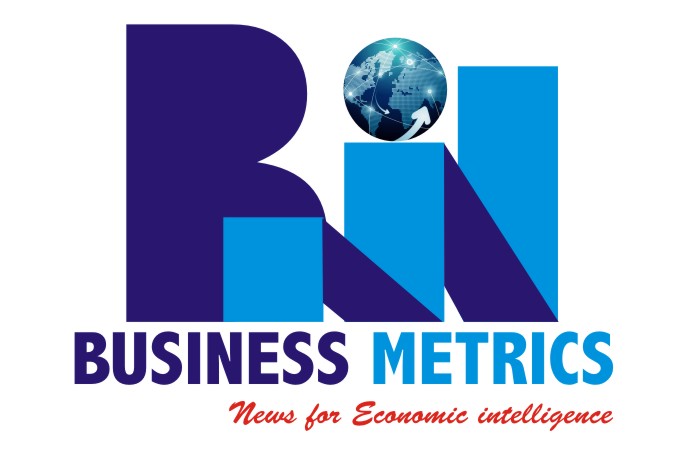 The first trading week of December ended last Friday, maintaining a bullish stance despite the seeming profit taking and price correction in the midst of mixed sentiment, with the composite All-Share index closing higher. This was due to continued buying interest in telecoms and highly priced stocks that helped the market to sustain its positive trend on a less than average traded volume and negative breadth.

The impending rally and recovery moves on the Nigerian Stock Exchange (NSE) continued during the period under review, as more sectors and stocks suffered losses.

The candlestick formation pattern supports a trend continuation, but the seeming double top chart reveals a pullback, with the market remaining at crossroads, awaiting a trigger to move or down, depending on market forces and sentiment in the new weak. Meanwhile, investors are looking to see inflation data for November, with the consensus among analysts that the numbers will not go south soon, given that triggers such as food prices arising from general insecurity across the country, petroleum pump price and the continued closure of the border, have not changed.

We must however acknowledge the positive impacts of news of vaccines for the Coronavirus pandemic on the global economy and oil prices, in addition to maturing money market funds and fixed income instruments seeking higher yields to reduce the negative rate of returns arising from the spiraling inflation.

The just concluded nine months results of quoted companies with December year-ends should naturally be the major investment attractions at the moment, depending on the sector, company performances and prospects. We also believed that the earnings capacity of these companies and dividend history, in addition to movements in economic indicators and policies, will continue to dictate market direction, going forward, as portfolio reshuffling persists.

The next major earnings season is expected to commence in the first quarter of 2021 with the early filers, following which it is advisable that investors should target yields that are above 7.5%, considering that the market’s 5% average dividend yield is above returns from all other investment windows in the short-run.

The NSE continued its positive momentum in the face of selling pressure during the week, despite the key performance index witnessing mixed trend of three up sessions and two days of losses. This is just as corrections and pockets of bargain hunting are expected as the market enters deeper into the yuletide mood.

Monday’s session was bullish, closing the last trading day of November 0.64% higher, a trend that was sustained on Tuesday, as the benchmark index chalked a further 0.30% on repositioning for year end. This was, however, halted at the midweek and the days that followed, when the index closed 0.26% and 0.25% lower respectively. The market rebounded on Friday when it gained 0.48% on renewed buying interests in Airtel Africa and 11 Plc. This brought the week’s cumulative gains to 0.72%, from the previous week’s 2.19% positive close.

Within the week, four companies filed their quarterly scorecards. They are: Q3 earnings from Ecobank Transnational Incorporated and Niger Insurance,’ and Q2 numbers from Cutix and Nigerian Enamelware. During the period also, the share price of AIICO Insurance was adjusted for a bonus of one-for-five previously held, as recommended by the board.

The advancers’ table for the week was dominated by low and highly priced stocks, reflecting the mixed trend during the period, just as the negative breadth showed price corrections and cautious trading. In all, the number of decliners outnumbered gainers in the ratio of 45:22 on a high buying sentiment and positive momentum as Money Flow Index reads 92.65bps, against 92.38 points in the previous week. 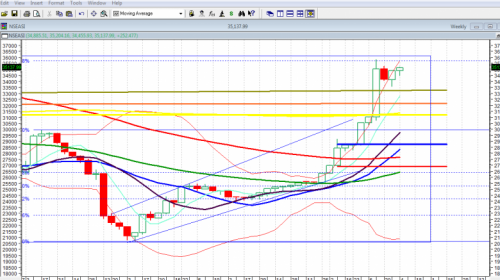 The composite index action maintained an uptrend on a less-than-average traded volume and positive buying sentiments, which is likely to continue ahead of the Santa Claus rally, as more maturing money market funds flow into the equity market in search of higher returns. Nevertheless, it’s expected that the impending market correction is likely to cut 25% of the ASI, bringing it to close around 32,000bps, or a breakout to 36,000bps psychological level and 161.8 Fibonacci retracement lines will usher in a new rally.

The market’s recovery moves and bullish trend remain strong as the index still trades above the 50 and 100-Day Moving Average on a high traded volume. The strong support level to watch out for is the 33,000 region, a breakdown of which will create other ‘buy’ opportunities.

However, we envisage a mixed trend in the second week of December, as players’ digest the Q3 scorecards and implication of vaccines discovery on global economy and oil prices, given that MACD remains in the bullish zone on a weekly chart. ‘Buy’ volume for the period stood at 91% and sell position at 9% with total transaction index at 1.11.

Performance indexes across sectors were largely bearish, except for the NSE Oil/Gas and Insurance indices that closed 1.71% and 1.56% higher respectively, whilethe NSE Banking led the decliners after shedding 3.13%, followed by Consumer and Industrial goods thatclosed 2.78%and 2.21% lower.

The general market outlook remains mixed in the short-term; following which investors should take short and medium-term positions, while diversifying their portfolio along long-term trades to protect capital. This, they can do, by considering sectors with high upside potentials on the strength of earnings and policy influence. The recent market rally calls for caution as numbers from some companies and sectors were expectedly mixed, given the negative impact of the COVID-19 pandemic and the arson that followed the #EndSARS protests on full-year results, as revealed by the macroeconomic indices.

Activities in volume and value terms were down marginally by 1.70% and 1.40% respectively, as investors exchanged 1.68bn shares worth N25.43bn, as against the previous week’s 1.82bn units valued at N25.79bn. Volume was driven by trades in the Financial services, Consumer Goods and natural resources sectors, particularly stocks like Access Bank, FBNH, Zenith Bank and UBA.

The best performing stocks during the week, were Tripple Gee and Airtel Africa, which gained 20% and 19.63% respectively, closing at N0.66 and N640 each on positive sentiments and market forces. On the other hand, NNFM and Consolidated Hallmark Insurance lost 18.70% and 16.13% respectively, at N6.26and N0.26 per share on profit taking.

We expected a mixed week, as traders and investors interpret the recent earnings reports and economic data, coupled with stock portfolios repositioning ahead of the December seasonal trends and expectorations. This is given that the market has seemingly ignored the news of Nigeria’s entry into a second economic recession in five years.  We recommended investors to stay in stocks as the vaccine led rally in global markets and inflow of funds into equity space in emerging markets due to prevailing low interest will support equity assets.

Meanwhile, given the persisting bull-run, profit taking is evitable, being a regular behaviour of stock markets. Any price correction at this phase of market recovery will support the upside potentials. This is especially as many fundamentally sound stocks remain underpriced, while the dividend yields of major blue-chips continue to look attractive, despite the recent weeks’ rally.