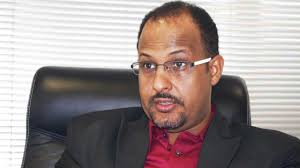 In its latest report titled: “Anchoring the African Internet Ecosystem: Lessons from Kenya and Nigeria’s Internet Exchange Point Growth,” the Internet Society emphasized that the role of the IXPs is critical to pervasive internet access at affordable rates in Africa.

The growth of the IXPs in each country was exponential, as were the cost savings from exchanging traffic locally rather than using expensive international transit.

The Kenya Internet Exchange Point (KIXP) grew from carrying a peak traffic of 1 Gigabit per second (Gbps) in 2012 to 19 Gbps in 2020, with cost savings quadrupling to $6 million per year, according to the report.

In Nigeria, IXPN grew from carrying just 300 Megabits per second (Mbps) to peak traffic of 125 Gbps in 2020, and the cost savings increased forty times to $40 million per year, according to findings by the Internet Society.

It is held that getting to this point meant following a systematic path of stakeholder relationship building and infrastructure development.

It is a journey all the way from 2012 that in both Kenya and Nigeria, just 30 per cent of each country’s traffic was localized and the rest residing abroad, leading to capital flight.

Experts referred to this as stage one of the Internet ecosystem development, at the cusp of moving into Stage 2, the current phase.

Internet Society attributed the growth to possession of a strong base for growth, including an existing IXP that was well managed and trusted by local stakeholders by Nigeria and Kenya.

They also had static international content available via a Google Global Cache, but no other locally available content, according to the Internet society’s record.

Experience from management of the traffic showed that each had the necessary foundation of trust and collaboration and the corresponding Internet infrastructure to grow as a hub.

The IXPs have transformed into multisite and multicity IXPs with at least one node in a carrier-neutral data center, while maintaining their roles in developing and sustaining trust and collaboration among their members.

“As a result, all of the large international content providers added at least one edge cache in the country, and many also added a point of presence (PoP).

“The respective governments also played a role by developing the Internet sectors and adopting data-protection policies, thereby reinforcing an environment of trust and welcoming further local-content hosting,” the experts said.

Meanwhile, progressing into Stage 3 of development and achieving the ITE program’s goal of 80 per cent of African Internet traffic being locally accessed will require a number of recommended actions.

According to the experts, these will benefit the individual stakeholders as well as the broader ecosystem.

In its view, the Internet Society says awareness of the benefits of local content hosting and peering at the IXP among a broad range of stakeholders must be raised, which can be achieved via targeted capacity building and information exchange, led by, or with the participation of the IXPs.

In particular, local content developers who currently host their content outside the country should host it inside the country to benefit from lower latency and thereby increase local traffic.

“In addition, smaller Internet service providers (ISPs) should connect to their local IXPs in order to widely peer with other members and thereby increase the efficiency of their interconnections.

“Domestic backbone infrastructure must also extend beyond the main landing point for submarine cables and main population center into other population centers, to further lower the cost of exchanging traffic and accessing content locally.

“Finally, an environment of trust and collaboration is key to the successful growth of any technology infrastructure. Stakeholders must communicate and connect as equals, working together toward common stated goals and outcomes,” the experts recommended.

Reacting to the report, Muhammed Rudman, chief executive officer, Internet Exchange Point of Nigeria (IXPN) said the calculation by Internet Society is accurate given that they know the cost of volume of traffic and cost of bandwidth locally and internationally.

He said a typical service provider that uses 100mpbs link with each of the mpbs costing N10,000 will be paying N1 million per annum.

“But if you are connected to the Nigerian local exchange point, 70 per cent of that traffic will now pass through the iXPN; so, that is 70mpbs.

“Our own price is cheaper because it is local. In the calculation by the Internet society, the local exchange point is saving up to $40 million per annum. That is what we are saving for the service providers.”

He added that the iXPN has no competitor but only creates a local market for operators instead of going abroad.

“We localize traffic so that it can be exchange within Nigeria. We don’t have competitors internationally, but if you don’t connect to us, you will have to route the traffic internationally and pay more money.

“That is why we are encouraging service providers to interconnect at local internet exchange point so that they can exchange their traffic here,” Rudman said.

Asked how operators have been responding to this, Rudman said most of the operators; especially the biggest players are being locally interconnected.

“There are still some that have not fallen in line but we are still reaching out to them so ensure that all of them are connected and exchange traffic locally.”