Increase in the number of data being hosted locally in Nigeria is saving the country about $40 million every year, the Chief Executive Officer of Internet Exchange Point of Nigeria (IXPN), Mr. Muhammed Rudamn, has said.

According to him, this amount is being saved on local internet traffic, which increased to 60 per cent in 2020 from less than one per cent in 2006.

Speaking at a forum organised by the Nigeria Information Technology Reporters Association (NITRA), Rudman said efforts of IXPN at ensuring localisation of data hosting within the shores of Nigeria had been yielding positive results.

“IXPN has grown the local traffic by over 40,000 per cent (average of annual Increase of 5,000 per cent) while the cost-saving increased 40 times within eight years to $40 million annually.

Rudman, however, noted that Nigeria was not there yet as the country has set a target increasing the current level of data hosting by 30 per cent in the next three years. 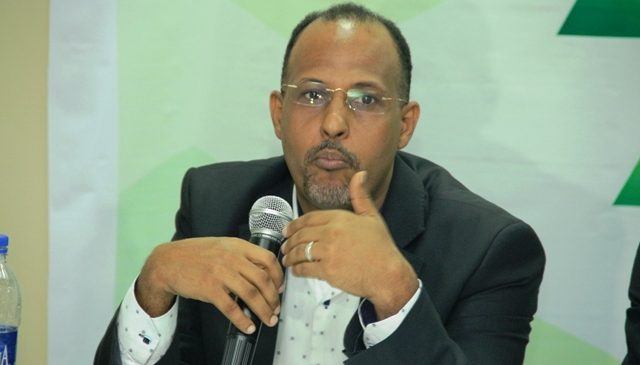 He said: “This means that over 80 per cent of Nigeria’s Internet traffic should be locally accessible by 2024,” he said.

While urging all Nigerian companies and government bodies to embrace local hosting, he said: “We need to always remember that Nigeria has the population to grow any business of its choice.

“We need to focus and plan on how to develop our ICT infrastructure and harness the assets in order to unlock the potential of our huge population. As you are aware, data is the new oil, usually coined as ‘Data is the King

“The reality is that data is the economic engine of the Internet. With billions of US dollars invested annually across the globe towards cloud infrastructure by private and public entities, Nigeria must strive to become the hub for Internet content in Africa, not just content consumers.”

Local hosting is critical for any country that wishes to develop its internet infra structure and empower its citizens as well as ensure national data sovereignty.

Nigerian government realisation of cloud localisation brought about the National Cloud Computing Policy by NITDA in 2019, which is aimed at promoting the migration of National Data to the local cloud with a goal of achieving 30 per cent by the end of 2024.

Some years back the Federal Government of Nigeria also set up Galaxy Backbone Plc, a company empowered to provide Internet and hosting services for government ministries, departments, and agencies.

Rudman said that local hosting in Nigeria would reduce the huge capital flight, adding that reduction in capital flight would also lead to a higher quality of service as local hosting enables websites to run about three times faster than those hosting overseas because of ultralow latency.

“Hosting of content locally will further strengthen the cybersecurity of the country, as the passing of data between local networks would be within our national borders.

“It will also ensure business continuity as Nigeria is dependent on submarine cables when hosting internationally.”

These submarine cables, he noted, are prone to damages by passing ships or due to natural disasters such as tsunamis which will definitely mean a disruption to information flow.

“Furthermore, hosting of content locally will help build and develop technical skills to manage data centres in the country.

This, also, inadvertently, means the creation of more jobs for Nigerians and the growth of the technology and hosting industry in the nation,” he said.