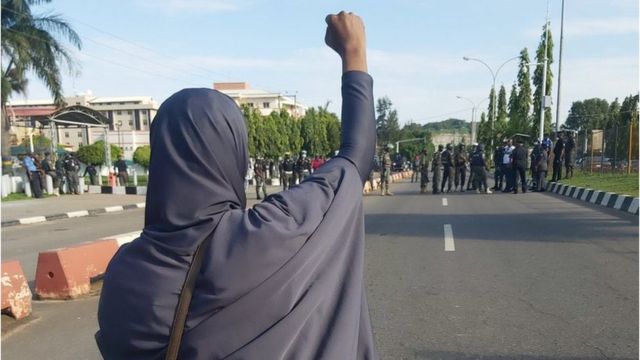 According to Britannica citizenship is a relationship between an individual and a state to which an individual owes an allegiance and in turn entitled to its protection. It is the most privileged form of nationality. Citizenship confers certain rights to an individual by the state which are not available to non-citizens and in return the state demands certain responsibility from the citizen.

No nation can develop beyond the level of its citizens. It is often said that a chain is as strong as its weakest link so also is a nation as developed as the least developed of its citizens. The more active, citizens are, the more developed a nation is. Being an active citizen is a sign of commitment and love for one’s country. It can be argued that commitment love and loyalty from citizens cannot come without the sense of belonging that a state offers to the citizens and the question of which comes first is like that of the age long question of the chicken and the egg, which comes first? There must come a moment in a Nation when citizens must decide that they matter enough to care about their country even when it has not been caring to them so that the cycle of indifference ends with them and the next generation of citizens meet a country where the state and the people play their role as is expected for the development of the country. To care enough to be an active citizen making demands for your rights as well as being responsible to your country is an act that you care for yourself and belief that you are deserving of a country that works. It is time for us as Nigerians to take ownership of our country and break the cycle of indifference. We must begin to hold our government accountable.

Holding Government accountable is a two-way affair. It is important to make demands that lives are secured, rights are upheld, development ensured, equal opportunity given, amongst others, it is equally important that we hold ourselves to higher standards than we hold anyone and ensure we play our parts diligently and not also abdicate our responsibilities as citizens otherwise we would not have the moral justification to make those demands. Citizenship comes with demands and responsibilities. As much as you have the right as a citizen to make demands, you also have a duty of responsibility that is imposed on you. And we must always know when we are able to use these rights that we have, and also the responsibilities we have towards the society.

In recent times many have asked why I have not been as vocal on the different issues plaguing Nigeria as I have been in the past and I often say to them what is there to say that I have not said before? I cannot keep on rehashing what has been said and done over and over again. It would make me no different from the government that has continued to rehash the incompetence and cluelessness that it has continuously given to the people. Insanity they say is doing the same thing and expecting a different result. That is not the place that I want to be and I want for us the citizens of the federal republic of Nigeria to ensure that we are doing the things that we need to do to get the Nigeria that we yearn for.

Problems according to Aliu Yesufu do not solve themselves; they are solved by people. We the citizens of Nigeria must solve our problems, otherwise the generation yet unborn will lament over these same problems just as we are currently lamenting over the problems that were not solved before we were born. The situation where we think that there are certain activists that are going to carry our problems and make demands for solutions while we sit at home and watch them being mocked has to stop. We can no longer afford to sit idle while our country descends into chaos. Every one of us must be an active citizen. Nigeria does not need more activists; Nigeria needs more active citizens! Nigeria needs citizens who know their rights and responsibilities; Citizens who know they have duties; Citizens who know they can make demands; Citizens who know that the society can also make demands on them, by virtue of them being citizens. Are we those citizens? Are we deserving of the great nation we have? Have we proven to be worthy citizens any Nation can have. What are we doing to ensure that we also are taking the responsibility beyond making demands? What are we doing to ensure that we are putting in place a government that has capacity, character and is competent? A government with empathy and patriotism. A government that will serve the people and not the people serving them. A government that will ensure that the rule of law is sacrosanct and make the protection of lives and properties its primary responsibility. When we have a government that is made up of people who have all of the qualities needed in leadership, then we know that we have done something and this is the time to do it. We are on the eve of an election year. As we approach 2023 elections we cannot continue to just pray for Nigeria to work without actively doing what it takes for Nigeria to work. We cannot continue to do what we have done before and expect we will get a better outcome. We all have to be ready to put in the work towards ensuring that we have people with competence character and capacity are the ones in charge of governance. We cannot continue to pray while doing nothing.

Prayers will not solve our problems, for God will not do for us what he has given us the capacity to do for ourselves.

CREDIT: This article was first published on April 26, 2022 Here.