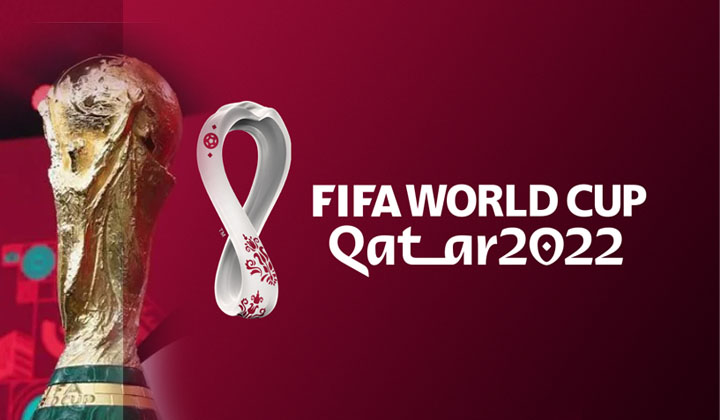 After the customary four-year interval, we are only days away from the football’s grandest stage kickoff of 22nd edition of FIFA football world cup. But the background behind Qatar hosting the Mundial is laced with controversy, this year edition can already be said to be one of the most controversial sporting spectacles of the past decade.

The competition is set to commence from November 20 to December 18, 2022, the focus of the world will be on the tiny emirate of Qatar located in the Middle East, which for the first time in history the biggest football competition will be held in that part of the world

In a World Cup year, it is more likely that people will talk only about football, yet the usual razzmatazz associated with biggest football spectacle, and while expectation is high, the road to the Mundial has been quite rocky. It ranges from Qatar’s tender for the competition, human right abuse of workers during the construction of stadia, climate and weather condition, and clear cultural values that western world believe is against freedom of choice of individual, have formed a dark cloud of argument over the first Middle Eastern football World Cup.

The small Middle Eastern nation won the bid during former FIFA President Josep Blatter’s reign against all expectation as Qatar had never had any impact in the development of the beautiful game prior to winning the bid in 2010. Many football enthusiasts were against the hosting right, for the fact that it is not an ideal destination for such event, Qatar being a nation with arid climate and brutal summers for a summer’s world cup.

Though Qatar was cleared of grafts by FIFA, the allegations of corruption, vote-swapping, and links to trade deals at the highest levels of government is still hanging on the hosting of the competition by the country. But as recently as 2020, three former FIFA officials were accused of receiving bribe by the United States prosecutors for voting in favour of Qatar.

No wrongdoing has ever been established, but curious outcome of voting has left many observers to query the sincerity of the choice.

Clearly Qatar wants the world to look at it, because it asked to host this World Cup and doing so is a marker of its position on the world stage, but surely with that honour comes a responsibility – and there are fundamental human rights issues there that we know could be improved.

Amnesty International denounced the appalling living conditions for workers since the construction of the actual stadia across the country, and reported they bordered on modern slavery. The organization claimed that migrant workers were exploited, lied to about salaries and subjected to other inhumane treatment leading to work related deaths.

This drew attention of the major sponsors of the events to respond to the issue with statements that support migrant reforms and compensation for workers in Qatar. However, all have remained as sponsors of the tournament.

Furthermore, women have limited rights in Qatar. They will need a male guardian’s approval to drive or leave the country. Organisers have stressed that everyone is welcome at the tournament, but some fans across the world are doubtful of the tournament’s overall safety.

With so much lying underneath the surface of Qatar’s 2022 World Cup, it may be nearly impossible for the viewing public to solely focus on football. The controversies have even drawn a broader discussion regarding global change.

Some people are disparaging those that intend to work as pundit during the game thereby making FIFA to appeal to fans to focus more on football rather than getting dragged into every ideological or political battle.

Regardless of the observed challenges, many continue to hope that the outcome of the completion is not marred with the controversies as the build up to the competition.

Related Topics:World Cup 2022
Up Next