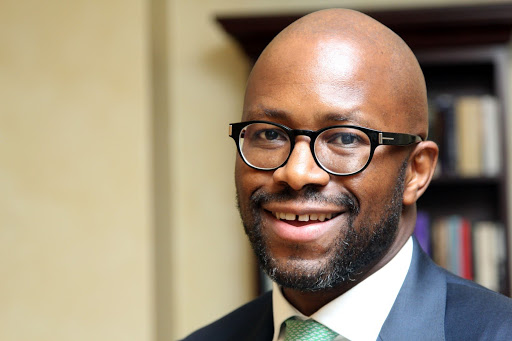 MTN Group has announced that its current CFO, Ralph Mupita, will be taking over as the new Group President and CEO with effect from 1 September 2020.

Ralph will take over from Outgoing CEO, Rob Shuter, who is stepping down after more than 5 years of leading the telecom giants.

In his new position, Ralph will leverage his years of experience as CFO to lead the growth & sustainability of MTN Group.

Speaking on the new appointment, MTN Group Chairman, Mr Mcebisi Jonas expressed pleasure on appointing someone of Ralph’s calibre and experience after an extensive search process.

“After a rigorous and extensive search process, we are pleased to have appointed someone of Ralph’s calibre, experience and ability to fill the group president and CEO position. Ralph’s experience as the group CFO, strong knowledge of our businesses and markets, as well as successful background in financial services, M&A and emerging markets, place him in an excellent position to lead the growth and sustainability of the business going forward.”

Ralph Mupita has served as the CFO of the MTN Group since April 2017, playing a critical role in the development and execution of the group’s strategy. He also played a major role in the company’s capital allocation processes, financial performance as well as in the resolution of a number of complex regulatory matters.

Before joining MTN, Ralph served as the CEO of Emerging Markets at Old Mutual plc, a Pan-African financial services company across 19 countries in Africa, Latin America and Asia.

During his time at Old Mutual, Ralph served as Strategy Director, Old Mutual South Africa between 2006 and 2007. Later, he took up the post of Director of New Ventures and then Managing Director of Retail Affluent before he became CEO in 2011.

Other organisations he has worked for include Haw & Inglis Civil Engineering as an engineer and LEAP Science and Maths School as a fundraising volunteer.

Ralph has a Bachelor’s degree in Civil Engineering from the University of Cape Town. After his first degree, he went back for a Masters in Business Administration (MBA) at the institution.

He is also a graduate of the prestigious Harvard Business School where he studied the Graduate Management Program.

As the CEO of MTN Group, Ralph will apply his solid knowledge and background gained over the years as the CEO of Old Mutual Emerging Markets and most recently CFO of MTN to revamp and continue the company assets disposal plans.

Speaking on his appointment, Ralph said he looks forward to working with the group board and executive committee in driving the growth of the company.

“Leading a business with MTN Group’s history, scale and socio-economic impact is a privilege and honour, and I look forward to working with the group board and executive committee in driving growth and unlocking value for shareholders and broader stakeholders.”

The current group CEO, Rob Shuter, will step down from his executive responsibilities on 31 August 2020 and will thereafter support Ralph as required until the end of his fixed-term contract in March 2021.