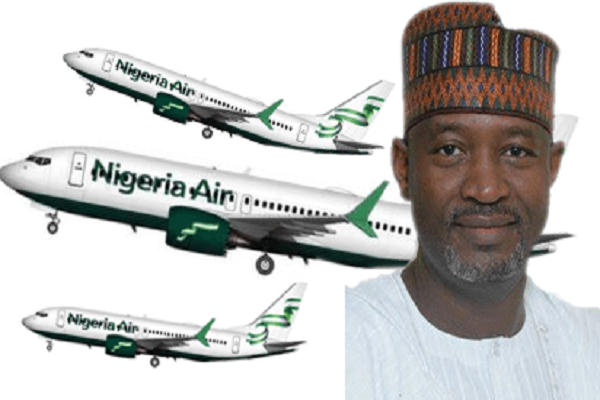 The Nigerian Civil Aviation Authority (NCAA) is to present an Air Transport Licence to the interim management of Nigeria’s national carrier – Nigeria Air, on Monday (today) barring any unforeseen change in plans, it was gathered on Sunday.

An Air Transport Licence (ATL) is issued as authorisation to airlines to provide scheduled and non-scheduled services.

It is one of the licences received by airlines before they can commence operation just as they await the all-important Air Operator Certificate that fully guarantees them the right to begin air services.

The issuance of an ATL to Nigeria Air on Monday will be coming four years after the branding and livery of the new airline was unveiled by the Federal Government during the Farnborough Air Show in London.

Impeccable sources at the Federal Ministry of Aviation told our correspondent that the issuance of an ATL to the carrier on Monday (today) was to ensure that the airline commences operations in a couple of months.

In July 2018, the Minister of Aviation, Hadi Sirika, unveiled the branding and livery for Nigeria Air in London and stated that the airline would be inaugurated at the end of that year. But this did not happen.

Since then, there had been several efforts to get the proposed new airline running, as interim management was created recently to drive the process for the full establishment of the carrier. “The NCAA will on Monday, June 2022 present the Air Transport License to the interim management of the Nigeria Air, Nigeria’s national carrier,” a senior official at the FMA, who pleaded not to be named due to lack of authorisation, stated.

The official added, “The ATL will be presented at the NCAA corporate headquarters at the Nnamdi Azikiwe International Airport,” as the source noted that this was sequel to an earlier application by Nigeria Air where it requested for an ATL from the civil aviation regulator.

In late March this year, Nigeria Air Limited announced that it had applied to the NCAA for a licence to operate scheduled and non-scheduled passenger and cargo services.

It disclosed this in a public notice and explained that this was part of the requirements for granting an Air Operating Licence.

Sirika had said, “The transitional adviser is going to request for proposal next week Monday. The government will own five per cent, Nigerians will own 46 per cent and the international partner airlines will take 49 per cent shares.”