FG mulls selling majority stakes in its 4 refineries, to be privately managed 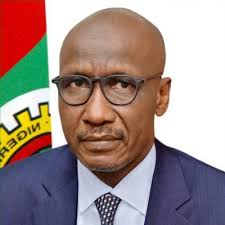 The disclosure was made by the Group Managing Director of the Nigerian National Petroleum Corporation (NNPC), Mele Kyari, during a discussion programme on Channels Television on Wednesday, September 9, 2020.

He revealed that the Federal Government wanted to implement an operating model in which the government-owned NNPC would be a minority shareholder in the assets.

He said that the government wanted the LNG model for the refineries, where the private investors would operate and manage the refineries.

Mele Kyari said, “It means there will be more scrutiny of shareholders and also becoming more efficient to operate. That conversation is on the table.’’

He also explained that plans were underway to rehabilitate the 4 major refineries to start producing at maximum capacity.

He added that this plan is expected to place Nigeria as one of the world’s biggest exporter of petroleum products within the next 3 years.

Kyari disclosed that the refineries, which have only worked sporadically for years due to severe underinvestment, would need serious repairs and refurbishment as against the routine Turn Around Maintenance (TAM).