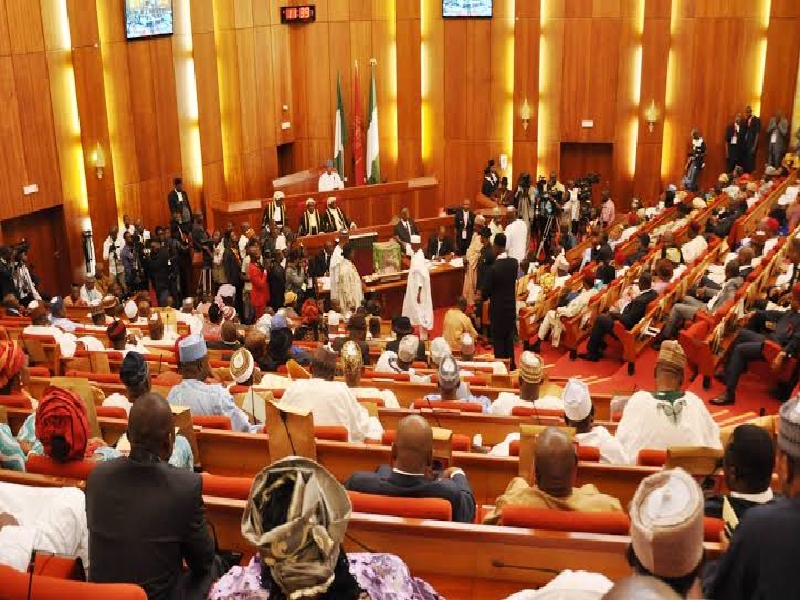 The passage followed the adoption of the recommendations of the report of its joint committees on National Planning and Finance, on the 2021-2023 MTEF and FSP documents.

The documents were submitted by President Muhammadu Buhari to the Senate for consideration on July 21.

Chairman of the joint Committee, Sen. Solomon Adeola (APC-Lagos), while presenting its recommendations said there was need for the National Assembly to ensure effective collaboration with the executive to ensure effective implementation of the MTEF and FSP.

Following the presentations and contributions by some senators on need to cut cost of governance, reduce borrowing, reduce waste and shore up government revenue, Senate approved the 20-point recommendations of the committee.

One of the recommendations was that the Federal Government retained revenue of N7.89 trillion of the total proposed expenditure of N13.08 trillion in the 2021-2023 MTEF/FSP.

The Senate also approved the fiscal deficit of N5.19 trillion and borrowings of N4.28 trillion, including foreign and domestic borrowings.

Others are statutory transfers, totalling, N484.4 billion, debt service estimate of N3.12 trillion, while sinking fund to the tune of N220 billion was also approved.

The expenditure is made up of total recurrent (Non-debt) of N5.66 trillion; Personnel Costs of Ministries Departments and Agencies (MDAs) of N3.05 trillion.

This it said was to ensure greater budget realism and disruptions due to attacks, sabotage in the Niger-Delta which had substantially abated for a while.

The Senate also approved that the benchmark oil price of 40 dollars per barrel should remain because of the clear evidence of wide consultations with key stakeholders.

It also approved the exchange rate of N379 dollars proposed by the executive for the 2021-2023.

This it said was based on the determination of the Central Bank of Nigeria (CBN) to pursue unification around its rate over the medium term, where investors and exporters transact dollars at market determined prices.

It also approved the projected Gross Domestic Product (GDP) growth rate of 3.00 per cent, given the Federal Government’s response via fiscal policies adapted to contain the damage of COVID-19, including the N500 billion stimulus fund.

It also approved the projected Inflation rate of 11.95 per cent among other recommendations.

President of the Senate Ahmad Lawan, in his remarks, said that the Senate Committees via its oversight must ensure that revenue generating agencies meet their targets of revenue to the federation account.

“When it comes to revenue generation and remittances, we need to work so hard to meet our expectations especially for funding of development projects in the budget.

“Now that so many more agencies of government have been added, there is need for our committee on finance to closely monitor the revenue meeting of targets for these agencies.

“We should explore other options of funding the budget and minimise borrowing but we cannot eliminate borrowing totally.”