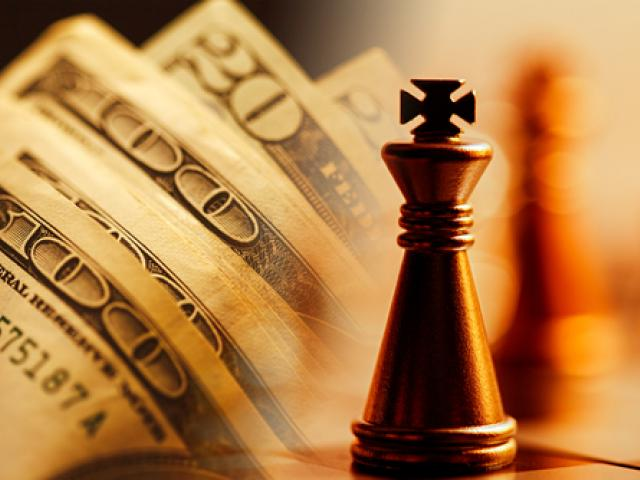 King Dollar is enjoying a third straight ‘green’ day with the buck better bid against its G10 rivals though it is off its best levels. Today’s higher frequency US jobs data came in better than expected with initial jobless claims dropping below the one million mark for only the second time since the pandemic crisis kicked off and beating forecasts of 950k by some 69k.

There is still much street talk about the strong EUR, currency wars and red lines for the ECB. That line is 1.20 in EUR/USD, but the flip side of a weaker dollar is effectively more global monetary stimulus as loose Fed policy is here to stay and exported round the globe. That is music to stock market bulls’ ears even if US stocks have opened up weak today amid a tech sell-off.

Major bond markets are mixed with US Treasuries a touch softer while Gold is struggling to find supporters today reflecting the firmer USD. Oil’s sell-off yesterday looked to be continuing today but has found support at a major long-term Fibonacci level around $43.76.

Weaker crude oil prices are the obvious drag on Loonie sentiment today even though the CAD is holding up better than some of its peers. Remember that the CAD did not participate in the broader FX rally versus the US Dollar like some of its G10 peers so greenback strength may not affect it as much as other major currencies.

The bear channel since June still looks intact on the charts, with the long-term trendline from March also offering strong resistance just below 1.32. However, the series of lower highs and lower lows is well established so we will need to see a strong close above 1.3180 on the weekly chart to negate the long-term downtrend. 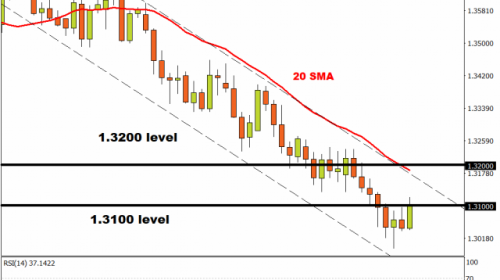 With the Euro suffering its first three-day decline since mid-June, the Dollar Index moved up and touched the bearish trendline from the May highs. This coincides with some short-term resistance around 93.09 on the 1-hour and 4-hour charts.

Friday’s key NFP report may decide if King Dollar can lay a finger on its battered throne in the medium-term, with EUR strength on the ECB’s radar at next week’s meeting to also look forward to! 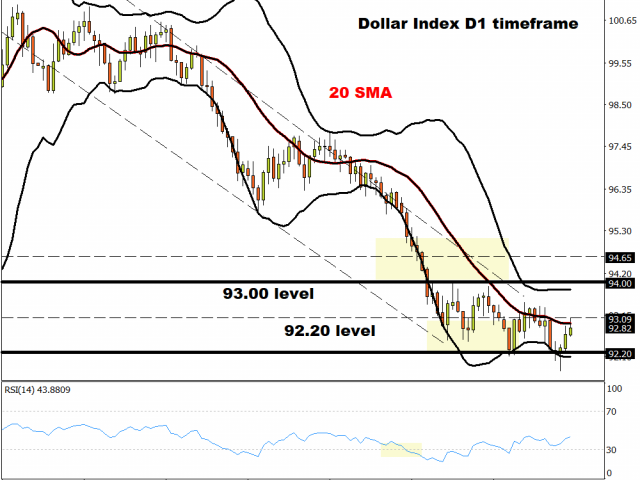 Lukman Otunuga is a Research Analyst at FXTM