Prominent subscriber groups in Nigeria have called on the federal government to extend deadline for linking National Identity Numbers (NIN) and subscriber identification modules (SIM) by another six months.

In a press statement signed by Sina Bilesanmi, ATCIS national, the subscriber group challenged Nigerian authorities for exposing Nigerians to the risk of contracting the deadly Coronavirus as they struggle to beat the February 9 deadline set for the linking of NIN to SIM.

The association thus recommended that to avert a total public health breakdown, the government should push off the deadline for the registration by another six months.

The concern of the association, according to the statement, becomes imperative in the light of growing cases of Coronavirus pandemic in the country and the sad loss of lives recorded on daily basis to the disease.

In the opinion of ATCIS, the insistence of the government on the February 9, 2021 deadline for the full linkage of NINs to the over 207.91 million active telephone Subscribers in the country as at Oct. 2020 has led to human deluge at various NIN registration centres in the country. 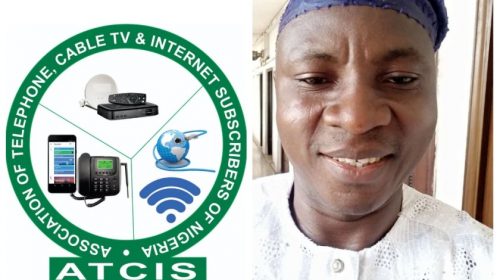 The statement partly read: “Since the government has made an irrational decision to disconnect all telephone Subscribers without NIN on the stipulated deadline, ATCIS has observed from its visitations to different centres of the National Identity Management Commission (NIMC) that the centres have become a breeding ground for COVID-19.

“At a time when people are encouraged to stay at home and stay safe; when social distance has been acknowledged as the most potent prevention of further spread of the virus, the Minister of Communications and Digital Economy has thrown caution to the wind by forcing the subscribers to fight for their SIM, while in the process get their lives endangered.

“We find it rather absurd for the government to insist on ‘NINing’ of all subscribers within such an unrealistic deadline, given that NIMC had only managed to issue about 43 million NINs even with its about 14-year hardwork.

“Does the minister really want subscribers to sacrifice their lives to retain their telephone lines? We wonder!”

The Nigerian Communications Commission (NCC) disclosed last week that so far, about 47.8 million NINs have been collected by telcos.

Similarly, the Association of Licensed Telecommunications Operators of Nigeria (ALTON) has said that so far, about with about 3.55 SIMs per person, about 167 million SIMs have been linked with the 47.8 million NINs collected so far.

With the official data of the NCC putting total numbers of active telephone lines in the country at 208 million, Business Metrics calculates that there are still about 65  million telephones yet to the NIN-compliant on the networks of mobile network operators (MNOs) in Nigeria.

“This may be seen as an achievement on the part of the government and its agents. However, given the current precarious state of public health in the country, ATCIS’s concern goes beyond how many NIN-SIM linkages have been achieved, but at what human cost?” ATCIS enquired.

ATCIS thus urged the government to stop exposing Nigerian subscribers to a danger capable of triggering a health disaster beyond the control of the authorities by relaxing the deadline, and extending it by another six months.

While the association urged Nigerians to comply to COVID-19 preventive measures, it expected “the government to do better and abolish the fear around NIN-SIM harmonization by extending the deadline as recommended to avoid losing the gains of the exercise to a possible explosion in Corona virus cases which is more life  threatening than a SIM without a NIN.”

At NATCOMS’s end, Chief Deolu Ogunbanjo, the national chairman of the association, called on President Muhammadu Buhari and the Executive Vice Chairman of the Nigerian Communications Commission (NCC), Prof. Umar Garba Danbatta, to compel the Minister of Communications and Digital Economy, Dr. Isa Ibrahim Pantami to further extend the date for the submission of NIN beyond the February 9 new date.

Pantami had directed the NCC to ensure that telecoms operators enforce the implementation of NIN-SIM integration, and had given deadlines for the completion of the exercise.

The minister had earlier given January 19, 2021, as deadline for the submission of NIN for those who have already registered and obtained their NINs and February 9, 2021 for those who are yet to register and obtain their NINs.

However, Ogunbanjo argued that the three weeks extension was insufficient, while suggesting a minimum of six months extension at the first instance, then a review before another extension, if necessary.

According to him, the six months extension would be necessary, to allow all Nigerians submit their NINs and get them linked with their Subscriber Identification Module (SIM) card, without undue pressure.

Related Topics:NIN-SIM linkage
Up Next