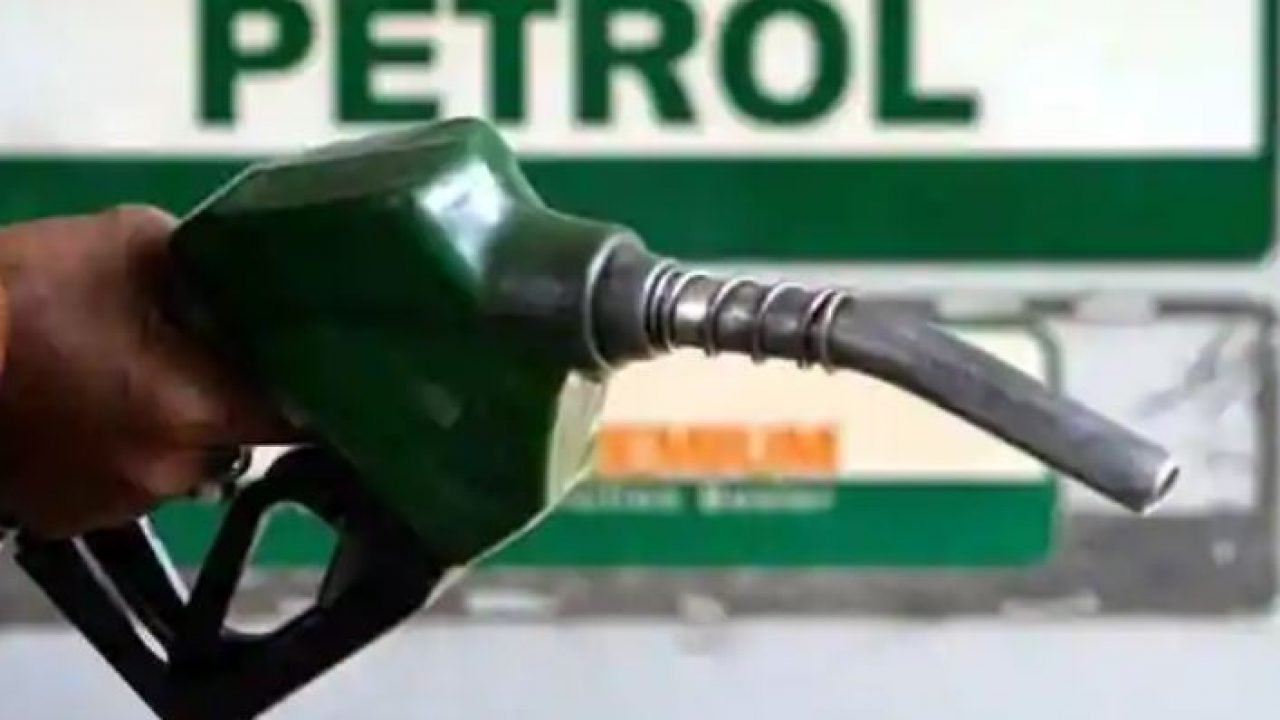 In response to the alleged inflation of petrol imports and consumption in Nigeria, the Nigerian National Petroleum Company (NNPC) Limited has insisted that average petrol supply in the country stands at 68 million litres per day.

The company also disclosed that the total volume of petrol imported into the country between January and August 2022, was 16.46 billion litres, which translated to the 68 million litres daily supply.

NNPC made the assertions in a statement issued yesterday and signed by its Group General Manager, Group Public Affairs Division, Mr. Garba Muhammad.

In another development, some energy experts and economic policy analysts have hailed NNPC for locking up a 20- year 300,000 barrels per day crude supply deal with Dangote Refinery as part of its 20 per cent equity investment in the Lagos-based 650,000 barrels per day facility.

NNPC’s latest clarification followed last week’s claims by the Controller-General of the Nigeria Customs Service (NCS), Col. Hameed Ali, (retd) that the company allowed the release of 98 million litres of petrol per day for local consumption instead of 60 million litres admitted by its own computation.

Speaking during a meeting with National Assembly members last Thursday, Ali had also faulted the petrol subsidy regime, describing it as fraud and not existent.

But reacting to the claims, NNPC in the statement, clarified that between January and August 2022, the total volume of petrol imported into the country was 16.46 billion litres.

The company maintained that import in 2021 was 22.35 billion litres, which translated to an average supply of 61 million litres per day.

The NNPCL stated that it was prepared for any forensic audit if the need arose, adding that if petrol subsidy was removed, a litre of petrol would be selling for N462.

It noted that the average daily evacuation (Depot truck out) from January to August 2022 stood at 67 million litres per day as reported by the Nigerian Midstream and Downstream Petroleum Regulatory Authority (NMDPRA).

It explained that Daily Evacuation (Depot load outs) records of the NMDPRA do carry daily oscillation, ranging from as low as four million litres to as high as 100 million litres per day.

The state oil company also pointed out that the impact of maritime and cross border smuggling of petrol might be affecting the overall supply framework, acknowledging the possibilities of other criminal activities in the supply and distribution value chain.

In the light of these challenges, the state oil firm explained that it had remained the supplier of last resort and continued to transparently report the monthly petrol cost under recoveries to the relevant authorities.

The statement read: “The NNPC Ltd. wishes to inform members of the general public that between January and August 2022, the total volume of Premium Motor Spirit imported into the country was 16.46 billion litres, which translates to an average supply of 68 million litres per day.

“Similarly, import in the year 2021 was 22.35 billion litres, which translated to an average supply of 61 million litres per day. The NNPC Ltd notes the average daily evacuation (Depot truck out) from January to August 2022 stands at 67million litres per day as reported by the Nigerian Midstream and Downstream Petroleum Regulatory Authority (NMDPRA).

“Daily Evacuation (Depot load outs) records of the NMDPRA do carry daily oscillation ranging from as low as 4 million litres to as high as 100 million litres per day.
“The NNPC also wishes to point out that rising crude oil prices and PMS supply costs above PPPRA (now NMDPRA) cap had forced oil marketing companies’ (OMCs) withdrawal from PMS import since the fourth quarter of 2017.

“In the light of these challenges, NNPC has remained the supplier of last resort and continue to transparently report the monthly PMS cost under recoveries to the relevant authorities.”

It also noted that the average first quarter (Q1) 2022 international market determined landing cost was $1,283 per metric tonnes and the approved marketing and distribution cost of N46/litres.

NNPC stated that the combination of these cost elements translated to retail pump price of N462 per litre, an average subsidy of N297 per litre and an annual estimate N6.5 trillion on the assumption of 60 million litres daily petrol supply.

Noting that the figures would continuously be adjusted by market and demand realities, NNPC said it shall continue to ensure compliance with existing governance framework that requires participation of relevant government agencies in all petrol discharge operations, including Nigerian Ports Authority (NPA), (NMDPRA), Nigerian Navy (NA), (NCS), Nigerian Maritime Administration and Safety Agency (NIMASA) and all others.

“NNPC Ltd. recognises the impact of maritime and cross border smuggling of PMS on the overall supply framework. NNPC also acknowledges the possibilities of other criminal activities in the PMS supply and distribution value chain.

“NNPC will continue to engage and work with relevant agencies of the government to curtail smuggling of PMS and contain any other criminal activities.

“We will continue to deliver on our mandate to ensure energy security for our country with integrity and transparency. We invite any forensic audit of the PMS supply and subsidy,” the statement added.

In another development, some energy experts and economic policy analysts have hailed NNPC for locking up a 20-year crude supply deal with Dangote Refinery as part of the benefits of its 20 per cent equity investment in the Lagos-based 650,000 barrels per day facility, describing it as a noble business decision.
They spoke to THISDAY on the back of last week’s remarks by the Group Chief Executive Officer (GCEO) of NNPC, Mallam Mele Kyari, who for the umpteenth time, justified the company’s 20 per cent equity investment in the refinery.

Kyari had disclosed last week in Abuja that NNPC would have the first right of refusal to supply the Dangote refinery with about 300,000 barrels of crude oil per day for the next 20 years having acquired 20 per cent equity interest and minority shareholder in the facility.

He said the company had succeeded in locking up the huge supply as part of the federal government’s means of guaranteeing sufficient petroleum products supply for Nigeria as well as a guaranteed market for the nation’s crude oil.

“We have secured the right to sell up to 300,000 barrels of crude oil to the Dangote refinery for the next 20 years. Not only that, by right, we also have access to 20 per cent production from that plant,” Kyari had said.
Commenting on the development, petroleum economist, Prof. Wumi Iledare, told THISDAY that NNPC made a noble business decision by investing in the Dangote Refinery.

Iledare, however, stated that a few questions needed to be addressed as both companies begin to actualise the terms of the agreement, adding that there is need for more action to expand the nation’s oil reserve and production capacity to 40 billion barrels and four million barrels respectively.

Iledare said, “I think it is a noble business decision.  There are, however, a time value of money cost in addition to a significant foregone value in terms of the limit of the quantity of crude oil available to NNPCL for export and domestic obligations.

“Legitimate questions include the implications on NNPC Limited refineries with 445,000 barrels throughput capacity at stake.  Is the 300,000 barrels for the Dangote an additional to the 445,000? If export is reduced what would be the implication of FOREX and the exchange rate?
“I want to believe these questions have been addressed and efforts would be in place to expand oil reserves and production capacity, in the near term, to 40 billion and four million per day, respectively, to deliver the promise.”

Also, the Managing Director, KSBC Knowledge Resources Limited, Mr. Chika Mbonu, told THISDAY that the move by NNPC was long over-due as many of its peers like Saudi Arabia’s Aramco, Brazil’s Petrobras, the Russian national oil company among others were investing massively in refineries around the world because of the benefits in such investment.

Mbonu said with the investment in the Dangote Refinery, NNPC would have a guaranteed market for its crude oil whether there is oil glut or not, insisting that the company was even a late comer to the table in this kind of investment initiative.

He explained, “It’s a deliberate investment objective by national oil companies like NNPC to always invest in refineries so that when there is a glut in the crude oil market, they would have captive buyers for their product.

“So, the investment by NNPC in Dangote refinery is even very late. Other national oil companies like I told you before have been making those investments for long. Aramco even has investment in refineries in Mexico, in very far countries.

“So that’s why NNPC saw that investment opportunity to invest in Dangote refinery, because when the refinery starts, it’s free to buy crude from anywhere, including Saudi Arabia. So, now, with NNPC as an investor in Dangote Refinery, part of the investments agreement is that they must captively be buying crude from NNPC.

“So, NNPC has a guaranteed market for their crude oil whether there is a glut or no glut. So, that’s the issue. NNPC is a late comer to the table in this kind of investment initiative.”

On whether NNPC would sell crude to the refinery in naira or dollar, he explained that whichever currency both companies agreed, the price must be at the prevalent market rate.

Mbonu added that Dangote has the privilege to buy crude from anywhere they want, saying if they are buying from NNPC, it has to be on terms very favourable to them and nobody would sell crude to any refinery at any price below the market rate of crude whether in naira or in dollar.

He further explained that there would be more value added as Nigeria moves from exporting crude and using the money to import petrol to refining locally.

“You know, from crude oil, you get about four or five derivatives. So, there is more value added in selling those derivatives than selling crude oil. It now means that with Dangote Refinery producing and NNPC refineries also producing and we have surplus, we can export petrol, diesel, kerosene, aviation fuel and other things to earn more foreign exchange which comes to support our reserve too,” he added.

On his part, Managing Partner at ENR Advisory, an energy investments advisory firm, Mr. Gbite Adeniji, said NNPC’s investment in the private refinery would be a means to ending the domestic products supply shortages which Nigeria is currently grappling with.

“I suppose that should mean that we shouldn’t expect any further problems with domestic products supply. When the NNPC – owned refineries eventually come on stream, one would expect that they would back out those volumes from the Dangote refinery which can then be exported.
So, the first objective has to be domestic security of supply and ultimately, FX revenues,” Adeniji said.