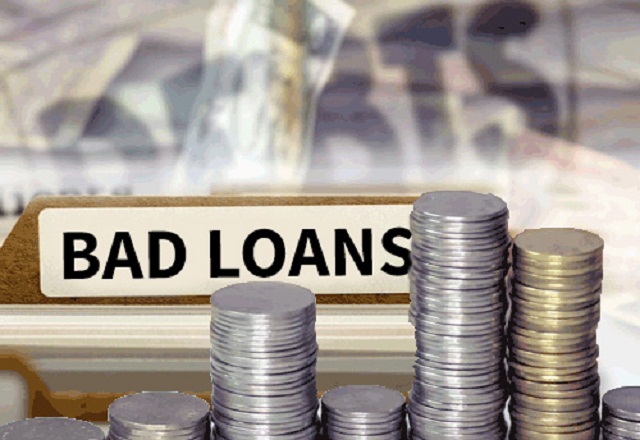 The N1.23 trillion bad loans reported by National Bureau of Statistics (NBS) on Sunday is the highest since third quarter of 2019 when N1.45 triillion was reported.

The bureau in its “Selected Banking Sector Data: Sectorial Breakdown of Credit, ePayment Channels and Staff Strength” report disclosed that gross loans by banks was N20.48trillion as at fourth quarter of 2020.

NPL ratio measures the rate of bank loans that are either going bad because they are not being serviced adequately or have gone bad completely.

The apex bank acceptable NPL ratio is five per cent, however, this ratio has been breached since the fall in oil prices began in the 4th quarter of 2019 and the Covid-19 pandemic broke in 2020.

The CBN governor, Godwin Emefiele in its communiqué at the first MPC meeting of 2021 said, “The Committee commended the Bank for maintaining a sound regulatory surveillance over the banking system by ensuring a reasonably low level of NPLs, even with the aggressive credit expansion programme during this crisis period.

“Though, NPLs remained slightly above the prudential benchmark, members noted that the banking system remained stable, strong and resilient.

“Given the success recorded under the LDR policy, it thus urged the Bank to sustain its risk surveillance approach and ensure the continued soundness of the banking system.”

He added that, “With the impact of the corona virus on particular sectors of the economy, it was not entirely unexpected, nevertheless it is imperative that we continue to work to ensure that banks comply with our macro prudential framework in order to prevent further deteriorations in their loan portfolios.”

The NPL ratio is one of the most important benchmarks for measuring the health of the banking sector. At above six per cent, it indicates most commercial banks are carrying more underperforming loans than expected mostly because the private sector is not servicing the loans.

In addition, the bureau disclosed N156.02 bad loans in General Commerce last year from N 145.26 billion reported in prior year.

Analysts expressed that the weak capital flow amid the pandemic hike bad loans in the banking sector, calling on stakeholders to improve on ease of doing businesses  as means to drive productivity.

According to him, “Business environment last year was challenging because of COVID-19, forcing CBN to direct banks to restructure. The problem has to do with cash flow as businesses, factories were closed. The lockdown affected cash flow and loan can only be serviced through cash flow.

“The weak cash flow was behind the creative idea from CBN that banks should restructure their loans.”

“The hike in bad loans is a reflection of risk profile of investment. Some assets classes are riskier than others. It will help to minimum losses. However, it is difficult to predict some of these risks as witnessed with COVID-19 pandemic. There are so many uncertainty surrounding our economy”

He maintained that Nigeria’s unproductive economy aided bad loans reported by the NBS, stressing that investment was coming into the country.

According to him, “People were not paying back to banks because investment they made did not yield returns which become bad loans.”

Related Topics:bad Loan
Up Next