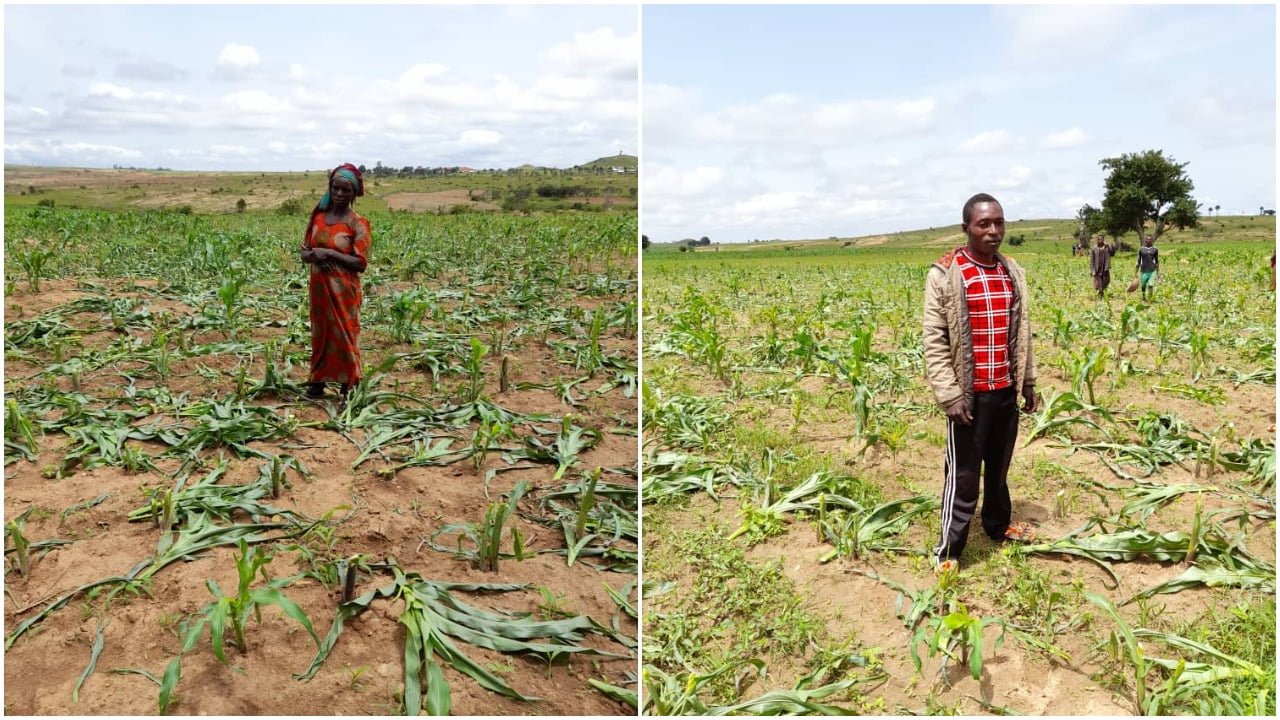 The fear of loan repayment failure earlier expressed by some farmers who took loans from the Central Bank of Nigeria (CBN) under the federal government’s Anchor Borrowers Programme (ABP) seem to be manifesting.

While the programme had received kudos for empowering Nigerians in the agricultural sector, many socio-economic contradictions facing the country may have eroded its full dividend.

Currently, the apex bank is demanding farmers to repay the loans but the creditors have been finding it difficult to fulfill the repayment obligations as contained in the ABP agreement.

Guidelines for the programme stipulate that upon harvest, benefiting farmers are to repay their loans with produce (which must cover the loan principal and interest) to an anchor, who pays the cash equivalent to the farmer’s account.

The Acting Managing Director, Bank of Agriculture (BoA), Mr Alwan Hassan, lamented that N77.18 billion Anchor Borrower Programme loan is yet to be repaid as at October.

Hassan disclosed this in Abuja at a public hearing by the House Committee on Agricultural Production and Services on the usage of funds disbursed to anchor companies under the ABP.

He said that out of the total sum of N91.87 billion released by the Central Bank of Nigeria for the programme, a total of N14.68 billion was repaid.

According to him, since the commencement of the ABP in November 2015, a sum of N91.87billion has been disbursed as at Oct. 31 for all the models of the programme.

Although, Godwin Emefiele, governor of the CBN revealed in the communiqué of the last Monetary Policy Committee (MPC) in November that the apex bank has so far disbursed N864 billion to 4.1 million farmers to cultivate 5.02 million hectares of land under its Anchor Borrowers’ Programme since inception in 2015.

Emefiele said that between September and October alone, the apex bank, under the ABP, disbursed N43.19 billion to support the cultivation of over 250,000 hectares of maize, sorghum, soya beans and rice in the 2021 dry season.

Meanwhile, the stated today that farmers who default in paying back loans gotten from the ABP will be arrested and locked up until they pay back the loans.

This was disclosed by the CBN Comptroller, Bauchi Branch, Saladu Idris, while speaking at the Secretariat of the Nigerian Union of Journalists (NUJ).

The CBN official pointed accusing fingers that majority of the loan defaulters were particularly amongst the rice farmers.

Mr. Idris bemoaned the fact that some rice farmers who were part of the Anchor Borrowers Scheme had defaulted on their loans.

He said, “Most people have paid back but there are a few who have failed to pay back. We called the leaders of the rice farmers associations and reported these people to them. They gave us the assurance that they will follow them up and ensure that they pay.

“Part of the terms of the agreement was that as soon as the harvest is done, they are to pay back. Those who fail to pay; we will take appropriate action against them. They will be arrested and locked up until they pay back. And for those who pay back fully on time, they will be rewarded with higher amounts of money and more inputs.”

According Mr Alwan Hassan of the BoA, since the commencement of the ABP in November 2015, a sum of N91.87 billion has been disbursed as at Oct. 31 for all the models of the programme. He said that the ABP had also created 424,820 direct jobs and 2.12 million indirect jobs.

While this is commendable in line with the agenda of the government for introducing the programme to lift the agric sector with a view to boosting food local food production and benefit the economy, some poor habits have been identified as limiting factors.

According to the CBN, the thrust of the ABP is provision of farm inputs in kind and cash to small holder farmers to boost production of the commodities, stabilise inputs supply to agro-processors and address the country’s negative balance of payments on food.

Hassan lamented that implementation of the scheme was fraught with serious challenges to the bank.  He said that part of the challenge was that the commodity associations were allowed to migrate freely without settling prior indebtedness.

He, however, said that BoA raised observation that such action would affect recovery commitment.  The acting MD complained that insurance was also not properly managed, adding that, in some cases, premium was either paid late or unpaid outright.

He said that cases of insecurity such as attacks by criminal herdsmen, armed robbery, and kidnapping had made it difficult for farmers to concentrate on their farms.

There have been reports that farmers in Zamfara, Kebbi, Sokoto, Ekiti and Ebonyi states, said repaying the loans would be tough because bandits had taken over their farms and destroyed crops.

Particularly, the farmers have blamed banditry, attacks on their farms by alleged herdsmen and general insecurity in the country.

While many farmers have reported to have been kidnapped, many other have had to flee their farms to preserve their lives, while their harvest waste away at the farms.

For instance, the Ekiti State Chairman of the Maize Growers Processing Marketer Association of Nigeria, John Omoyajowo, whose members lost multi-million naira worth ready-to-harvest maize on over 60 hectares of land to cattle invasion early in the year, said, “We have not been able to get out of it. That is our problem. The farmers cannot go to farm again.”

“It is unfortunate the insurance we have does not cover cattle menace. When our farms were destroyed, they were referring us to insurance when they knew that cattle menace is not insured in Nigeria,” he added.

Farmers are currently putting pressure on the Federal Government to ask the CBN to extend the loan repayment for the Anchor Borrowers’ Programme (ABP) due to disruption of crop production caused by worsening insecurity across the country.

What you should know

It can be recalled that in November 2015, President Muhammadu Buhari launched the ABP to boost agricultural production and reverse Nigeria’s negative balance of payments on food. Farmers captured under this programme include those cultivating cereals (rice, maize, wheat etc.)

The programme was intended to create a linkage between Anchor Companies involved in food processing and Small Holder Farmers of the required key agricultural commodities, through commodity associations.